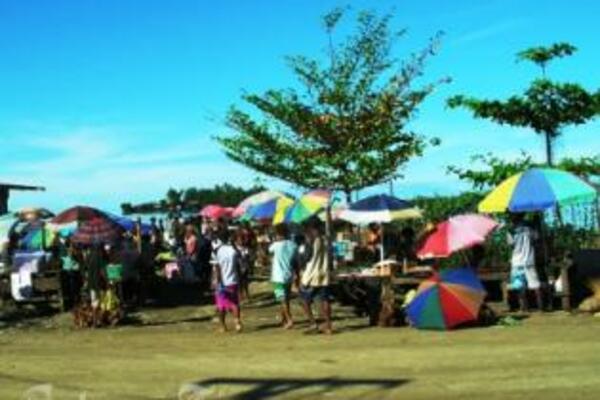 A busy day at the Auki markets, the provincial capital of Malaita.
Source: STO Archives
Share
Tuesday, 24 November 2009 09:17 AM

Census enumerators in Malaita province have threatened to stop work over the nonpayment of their imprests and allowances by the national census office in Honiara.

A spokesman for the enumerators on Malaita, who spoke to SIBC News on anonymity, says counting and registration of population and households has now entered its third week.

But he says, the enumerators on Malaita are still waiting for the funds they need to travel to the villages to do work they are required to do before December four.

The spokesman says they have been instructed to use their own funds on transport and for the hiring of carriers. But he says their personal money has run out and no refunds are forthcoming from Honiara.

He says they want to know if the national census office is serious about the whole census exercise. The spokesman says the 2009 census is being funded by some big donor organizations and countries and the issue with allowances does not reflect well on those organizations.

The national census office says work on the census is progressing well.

But SIBC News understands some enumerators in Honiara have refused to carry out the work because of non availability of funds.