Cease in Violence an Opportunity for Dialogue 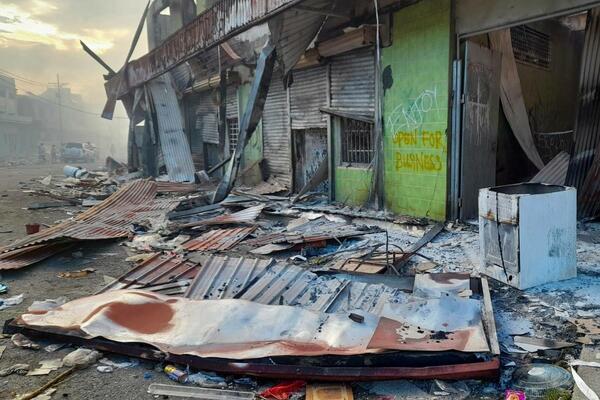 The regional intervention force led by Australia has returned normalcy and peace to the capital, Honiara.

Despite the cease in violence and chaos, there are still underlying issues that need to addressed. Issues that cannot be swept under the carpet, issues that must be addressed through dialogue.

Malaita Premier, Daniel Suidani, in an interview with ABC’s Evan Wasuka, says he was disappointed with what he describes as outside interference in what he felt was a domestic issue.

Prime Minister Manasseh Sogavare hit back saying what Premier Suidani is suggesting is that the government is left to the mercy of hooligans, determined to topple a democratically elected government.

Premier Suidani has indicated that his office is willing to enter dialogue with the Sogavare government, and says the intervention will not solve the underlying problems the country is facing.

Australian Foreign Minister, Maryse Payne, says that they have made it very clear that they are not there to participate in domestic political matters.

Australian Minister for International Development and the Pacific, Zed Seselja, also says if they had said no to the request, it would also be seen in a very dim light, especially if the rioting had led to further violence, destruction or fatalities.

Solomon Islands academic, Dr Tarcisius Kabutaulaka, says that the cease in violence will enable Solomon Island leaders to engage in dialogue, which is important going forward. He says some of the issues are long term and nationwide, others are specific to the relationship between Suidani and the national government.

He says to do that it is important that security is guaranteed and maintained, which he says is possible given the presence of the regional intervention team.