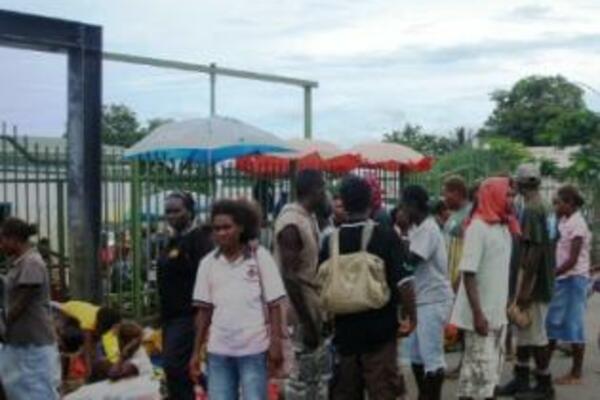 The Central Bank of Solomon Islands, CBSI, categorically denies the front page article in yesterday's Island Sun newspaper of a huge payout for those who have invested money in the Family Charity Trust Fund.

The article suggested that CBSI would make available "the first interim payment to all members of the fund sometime this week."

But in an interview with the SIBC, CBSI Governor Denton Rarawa says the "alleged claims by Island Sun, including from those said to be reliable sources, are false." He says the information given by the paper is a blatant lie.

Mr Rarawa stresses that "CBSI has not, does not and will not hold any monies for Family Charity Fund."

Mr. Rarawa said that CBSI has warned the public in the past about this so called Family Charity group who promise huge payouts for a small financial investment.

Mr. Rarawa said that he is again warning the public to stay clear of this group because "it is a scam being promoted by certain individuals to defraud the public of their money."

Many Solomon Islanders, some investing all of their savings, have lost money to this so-called charity group. Sources who have once been close to the group say that it is "nothing more than a pyramid scheme." The source said that the more people you bring in to put 'invest' money in the scheme the closer you get to an eventual payout. "I know of one person who invested close to $100,000 and was promised a payout of close to a million dollars...he is still waiting."

Sources within the Police say that they are keeping a close watch on the group. "Some members of this charity group have already served time, so we would be interested to know who is spreading this story and who is once again promoting this scam."