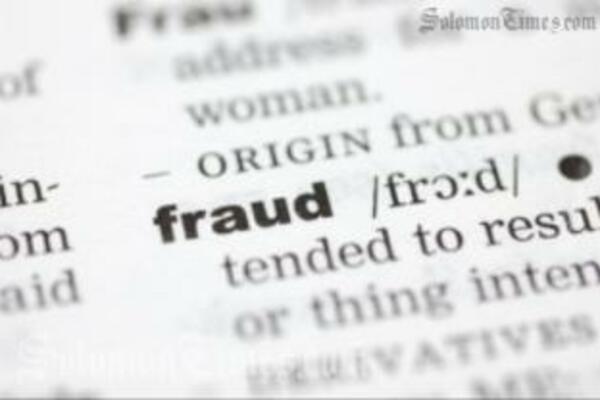 The CBSI advises that the documents are forgeries and the public should refrain from committing themselves financially to the scheme.
Source: Photo supplied
Share
Thursday, 01 November 2012 09:48 AM

The documents, said to be made professionally, include a letter carrying the CBSI's logo and purportedly signed by the Governor of the Bank and a SWIFT advice carrying the name of the Federal Reserve Bank of New York.

Both documents quote some $36 million United States Dollars to be paid into a Westpac Banking Corporation Account number for the benefit of Robert H Alufurai.

The CBSI advises that the documents are forgeries and the public should refrain from committing themselves financially to the scheme.

"We suspect that the documents will be used to lure investors, or private individuals, into dubious schemes, similar to the charity fund," said a spokesperson of the CBSI.

The CBSI says it is taking the matter very seriously and the public is advised to report to the Police, any relevant information they may have about these documents and the scheme.

"Jail time is an important deterrent, particularly to what is now becoming a widespread and under-reported problem in the country - that of document fraud," said the CBSI senior spokesperson.

"The fraudulent actions of these individuals, or group, has disastrous consequences for those that choose to get involved," he said. "Unless there is a well-executed cover up, we are confident of unraveling this case soon."

The spokesperson says that under normal procedure, the CBSI is required to cross-check such documents, more so for such large transactions, with the Finance ministry.

"So it is a well set procedure, and one that could easily identify fraudulent transactions."