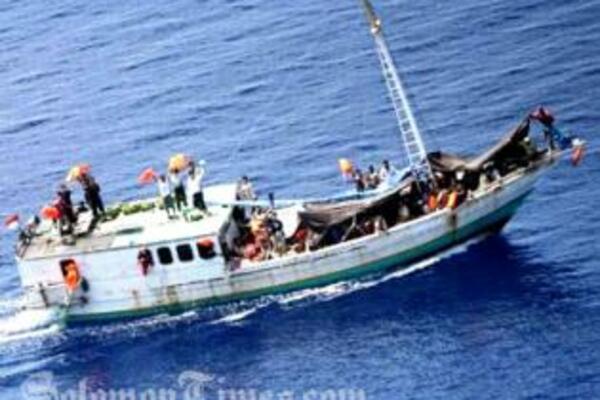 Mr Haomae said any proposal to set up a processing centre in Solomon Islands would be viewed with caution.
Source: Photo Supplied
Share
Tuesday, 13 July 2010 10:28 AM

Solomon Islands Foreign Affairs Minister, William Haomae, says the issues surrounding the opening of a processing centre for asylum seekers in the country are quite complex.

Mr Haomae stated that part of the complexity is the fact that the Solomon Islands are "a hugely diverse country and it would be quite difficult to get people to understand such a huge policy undertaking."

Australian-run refugee processing centres in Papua New Guinea and Nauru closed in 2008 but talks of a new centre somewhere in the Pacific have prompted Nauru to indicate interest in re-opening its facility.

Following reports of discussion between Australia and East Timor about setting up a centre there, the Australian Prime Minister Julia Gillard said that only signatories to the United Nations refugee convention, of which Solomon Islands is one, will be considered.

Mr Haomae said any proposal to set up a processing centre in Solomon Islands would be viewed with caution.

The issue of Asylum seekers could potentially be one of the dominant issues in the upcoming federal elections in Australia. The prime minister, Julia Gillard, is indeed keen to show that she is taking a "tougher stance," to that of her immediate predecessor, Kevin Rudd.

Public debates in Australia on the question of whether governments are 'hard or soft' on the issue are often based largely on boat arrivals. Figures obtained from the Immigration Department shows that from January 2008 to May 2010, the total number of boat arrivals in Australia has reached a staggering 5949.