Carols in the Islands Attracts Thousands 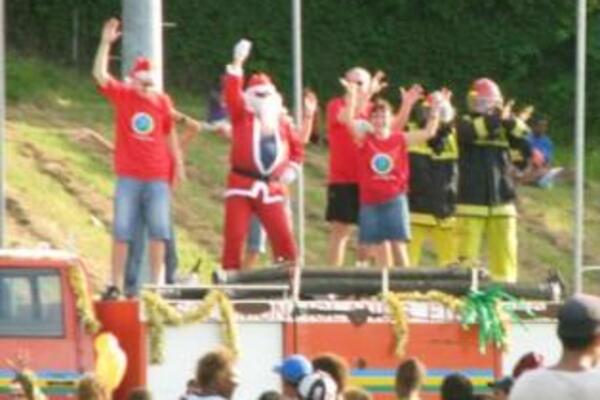 Carols in the Islands prove to be a hit once again, with thousands braving the heat to enjoy fun and games at the Lawson Tama stadium.

The day began with games, which ranged from "pop the balloon" to a small treasure hunt which got even the mothers involved. "It's always good to have this sort of event for families, we always look forward to this event since it is the only well organized family event," said Liz, a mother of three, who was also searching for clues to the treasure around Lawson Tama.

Carols in the Islands also had a visit from Santa, on top of a Fire Truck, probably to avoid the peak afternoon traffic. "This is really fun," said Penny, a grade four student at Naha community school. "First time for me to see Santa this close," she said.

Hosted by Ton Ton and Tony, the crowd came alive when entertainment began, with a RAMSI choir to get things started. There was dancing, singing and some more dancing as thousands enjoyed the true meaning of Carols in the Islands.