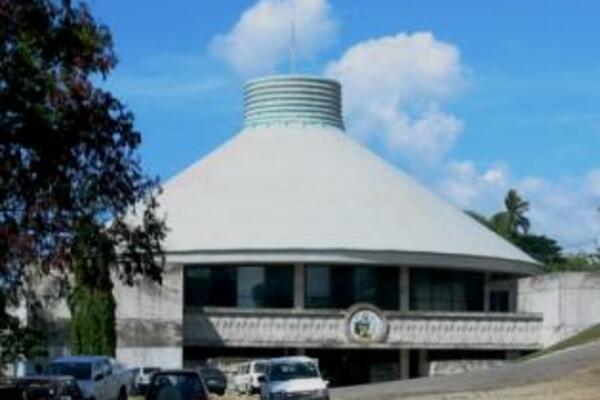 Chief Electoral Officer, Mr Polycarp Haununu, said that the date has changed by one day because the original date, 7 July, is Independence day, a public holiday.
Source: Photo Supplied
Share
Monday, 05 July 2010 08:56 AM

The Electoral Commission is advising intending candidates for the upcoming National General Election that the close of nominations is now Thursday 8 July.

Chief Electoral Officer, Mr Polycarp Haununu, said that the date has changed by one day because the original date, 7 July, is Independence day, a public holiday.

"We have sought advice from the Attorney General's Chamber and they have advised that under the law, the close of nomination cannot fall on a public holiday," Mr Haununu said.

"This means that the closing date for nominations is now 8 July and the close of withdrawal of nomination is 11 July."

Mr Haununu assured candidates that all other process would remain the same.

"Candidates have until 8 July to complete nomination forms and submit them together with a $2,000 nomination fee to the Returning Officer in the area they wish to stand," Mr Haununu said.

"They must do this on time as Returning Officers can not accept late nominations."

Intending candidates must be aged 21 years of age or over and not be a under sentence of six months or more.

Mr Haununu said that after nominations closed, candidates names would be published and candidates would have three days to withdraw their names if they no longer wanted to stand for election.

"Under the electoral law, each step is clear and must be followed no matter where the time period is very short," Mr Haununu said.

The Electoral Commission has already begun receiving nominations from Returning Officers across the country.