Candidates Failing to Disclose Spending Could Land in Jail 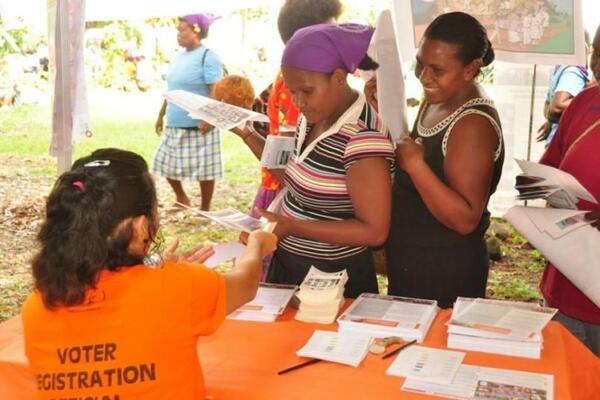 Mose Saitala said his officers are working to get the names of the offending election candidates to police by the end of the week.
Source: SIEC
Share
Tuesday, 23 July 2019 08:14 AM

More than 80 election candidates in Solomon Islands could face prosecution after failing to account for their election campaign spending.

The electoral office says the deadline to submit expenses lapsed on Saturday, with only 244 of the 328 candidates who contested April's election attempting to account for their spending.

Six submissions were rejected for being incomplete, meaning 84 candidates will have their names forwarded to the police for possible prosecution.

The chief electoral officer, Mose Saitala, said if convicted they could face up to two years in prison or a $US2,300 (SBD$19,000) fine.

"Procedurally we just have to refer this to the police. The police then will investigate and lay charges. And that will be up to the high court to sequence the hearing for the 84 people."

Mose Saitala said his officers are working to get the names of the offending election candidates to police by the end of the week.

Mr Saitala said all of the sitting members of parliament have submitted accounts of their election campaign expenses.