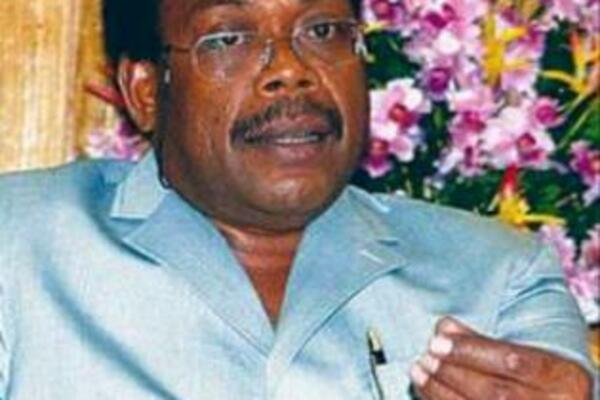 Dr Sikua says the underlying concern is that the due process "appears to have been high-jacked by a few who took advantage of some loopholes within the system."
Source: STO Archives
Share
Tuesday, 19 July 2011 08:47 AM

The Opposition Leader says the only remedy to the Isabel nickel prospecting deadlock is canceling the prospecting license wrongly issued to Australian Mining Company, Axiom.

Dr Derek Sikua says that the government should seriously look at re-awarding it to Sumitomo, the Japanese company that won the international tender to carry out nickel prospecting on the island.

Dr Sikua says the Opposition welcomes the outcome of the investigation carried out into the awarding of the prospecting license to Axiom and the disciplinary action taken against those responsible for the action.

The Opposition Leader however says finding out what went wrong and taking disciplinary action against those responsible is just one aspect of resolving the issue.

He says the underlying concern is that the due process "appears to have been high-jacked by a few who took advantage of some loopholes within the system."

Dr Sikua says if the Mines and Minerals Board awarded the contract to Sumitomo and that a license was granted to this company, "then it must do everything necessary to ensure that Axiom does not proceed with prospecting as reported."