Can We Take Sogavare For His Words? 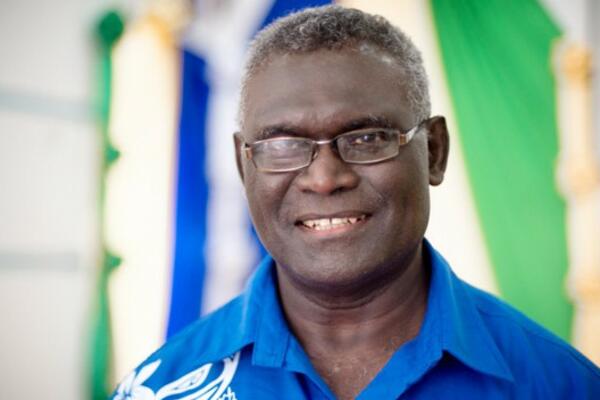 He says that Sogavare is at the mercy of those that put him in power, and many come with big requests and expectations, which are often driven by those that fund them during elections.
Source: One PNG
By Samson Sade
Share
Wednesday, 27 April 2022 12:06 PM

Do not trust all assurances that Sogavare utters because they are mere media publicity stunts.

This cautionary warning was made by a former member of parliament who requested anonymity when asked about the controversial and secretly-signed SI-China security pact.

He said that unlike the security arrangement with Australia wherein the details of engagements are vividly clear, the security pact with China is opaque, ambiguous and worse still, gives China the leeway to further its own geopolitical interests. And though not mentioned explicitly, the fear of a military infrastructure development on our shores is now a growing concern.

The former MP said that Sogavare’s recent political manoeuvring speaks volume of his insincerity and insensitivity on matters of national concern and geopolitical repercussions. He is a master tactician, at engineering and advancing his own political ambitions, which does come at a cost.

He says that Sogavare is at the mercy of those that put him in power, and many come with big requests and expectations, which are often driven by those that fund them during elections.

“As such Sogavare is known to take a linear and bull’s eye view on matters and care less about the impacts of his decisions on others.

“As an example, he overtly flouts his own policy of ‘friends to all, enemies to none’ – a slogan that has come to mean the opposite, and is being used to advance the demands by those in his coalition,” the former MP said.

He says Sogavare is very determined, and will bulldoze through whatever agenda, however controversial, to satisfy his own political ambitions.

“The formation of ‘Our Party’ in Parliament following the National General Elections in 2019 was but the beginning of a streak of controversial decisions that continues to perplex many to this day.

“Instead of contesting the elections under a duly registered party, Sogavare cunningly talked winning candidates into his party which saw him once again taking the most coveted seat in the current house,” he said.

“Mind you, Sogavare controversially circumvent the Act to form “Our Party” in Parliament,” the former MP stressed.

If this is not enough, Sogavare went on to defy all oppositions by appointing his nephew as Chief of Staff in the Prime Minister’s Office - someone whom by virtue of his passport is clearly an Australian citizen.

Despite a High Court decision validating the Chief of Staff’s citizenship status, he is still sheltered under his uncle’s wings.

Perhaps the most controversial of the decisions was the switch in diplomatic recognition to China which saw Taiwan packing unceremoniously. This was said to be a key demand by a core group of MPs that joined his coalition, and he acted without delay.

The former MP said the switch was made because of domestic pressure and not because the country was on the wrong side of history - those that funded MPs during the elections demanded the switch.

Sogavare promised the country via the national broadcaster then, that his government would not leave any stone unturned before making a decision on the switch.

“Two days later, his foreign affairs minister signed the documents formalising his government’s recognition of the One China Policy paving the way for establishment of the biggest embassy ever to be housed on Solomon Island soil,” the former MP stated.

The SI-China security pact is again a continuation of Sogavare’s secret deals camouflaged under the pretext of mutual interest.

Entered into between Solomon Island and China, the security pact is said to be in response to situations of social disorder such as the events of November 2021 which saw China Town torched and looted.

“I would not be surprised if Sogavare is selling off this country because much of his dealings are done in secret.

“We are just fortunate that some Solomon Islanders who have the heart for the people are sacrificing their jobs by leaking these supposed to be secret deals.

“To these brave whistleblowers, the country is very much indebted,” he said.

He says outsiders should try and understand who the domestic power brokers are and what their core interests are, because that will ultimately drive the direction of any government.

He says for now, Sogavare has proven to be a worthy partner for these domestic power brokers, someone who has shown willingness to forge ahead despite growing opposition, domestically and internationally.