Can We Counter Fake News? 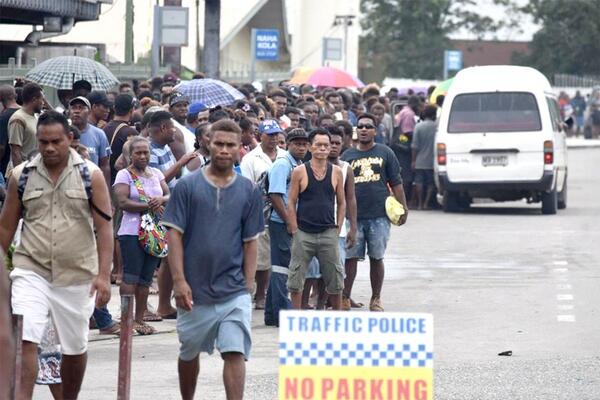 When people have a good flow of trustworthy information that is accessible they are less inclined to panic.
Source: Island Sun
Share
Wednesday, 22 May 2019 11:12 AM

The fake news that a tsunami warning was issued for Honiara caused panic and confusion as people fled for safety mid-morning yesterday.

“Water is rising, run, run!’,” people screamed as they ran to higher grounds. The impact of fake news was witnessed firsthand – it is real and confronting, especially when hundreds are in panic mode – quite contagious even for the most religious.

The National Disaster Management Office (NDMO) and the Metrology office issued statements shortly after the incident debunking the news as fake.

As of this morning authorities are yet to know how or who spread the news – it is understood the matter is being investigated.

"No matter where disasters happen in the world there's an information vacuum formed very quickly when communication breaks down," Dr Vincent O'Donnell, an honorary research fellow in Media and Communication at RMIT University said.

Dr O'Donnell suggested that, and perhaps more appropriate for small countries such as the Solomon Islands, a basic feed of reliable information is established – be it online or through the radio.

"When people have a good flow of trustworthy information that is accessible they are less inclined to panic.

"Information should be regarded as at least as important as material provisions such as food."

There are important lessons we could learn from Indonesia – where there was a proliferation of fake news following the devastating earthquake that struck the tourist town of Sulawesi in September 2018.

Investigations found that those behind the fake news ‘campaign’ were organized and had a clear goal – get people out of their homes, break in and steal.

To counter fake news Indonesia set up an inter-agency group that monitored postings on social media. If fake news were found it is debunked straight away – it uses various platforms to tag, retweet and so forth.

It also uses every means necessary to promote its websites, social media accounts and officials tasked with debunking fake news.

This is probably a useful approach, Facebook is widely used in Honiara, organizations such as the NDMO should use such platforms regularly to update the public – or simply debunk fake news. Does not cost money, just commitment and good internet connections, or free data from the two Telco’s as part of their service to the community.