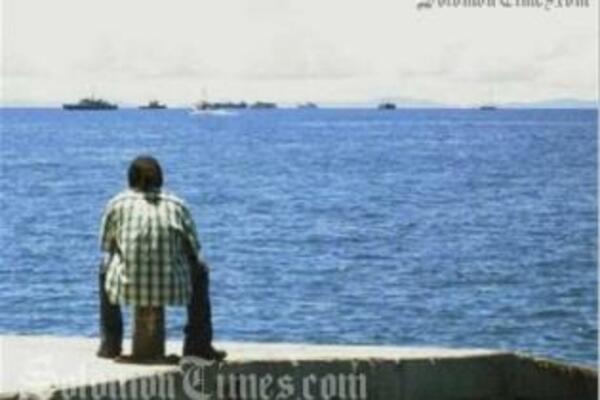 "...problem of disengaged youths and unemployment is not only ... in Solomon Islands but also throughout the world." [City Clerk, Wayne Hart]
Source: Photo Supplied
Share
Thursday, 11 February 2010 07:00 AM

The public is once again putting pressure on responsible authorities to address escalating youth unemployment, said to be linked to rising crime rate in the capital.

On the matter, the Honiara City Council says it is active in addressing the problem of disengaged and unemployed youths in the capital.

City Clerk, Wayne Hart, says the problem of disengaged youths and unemployment is not only a problem in Solomon Islands but also throughout the world.

His comments come after accusations made against the council in relation to the Vollrath incident.

The concerns accused the division responsible within the council of not doing enough to provide unemployed youths with useful activities to refrain them from involving in criminal activities.

But Mr Hart disagrees with the view and instead says the council has been active and starting to be very proactive in that area.

He says thousands of dollars have already been spent on community projects such as road-brushing and other activities to put money into the community and to ensure that youths are engaged.

He says the council has been working with the world bank and the Ministry of Infrastructure to look at a rapid employment program.

Labour ministers from Samoa, Papua New Guinea, Tuvalu, Vanuatu, Fiji, the Solomon Islands and Kiribati made the commitment at a United Nations conference currently being held in Vanuatu.

Radio New Zealand International website reports seasonal labor schemes have been suggested as a solution in resolving the youth unemployment many of these countries face.

Employment on foreign fishing vessels was also identified as important.

The International Labor Organisation meet is part of the lead-up to the Human Face of the Global Economic Crisis conference.