Calls for Upgrade to Munda Airport 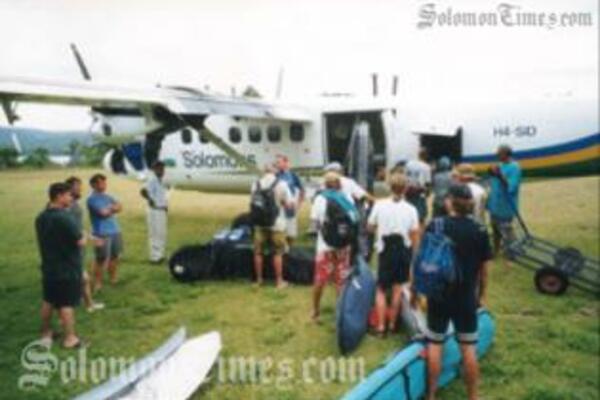 Solomon Islands Tourism Operators in the Western Province have urged the Government to think seriously about upgrading Munda Airport into International Standards to boost their visitor arrivals.

The call was made during a meeting with the Minister of Tourism and Culture Hon. Samuel Manetoali in Gizo last Friday.

Operators have experienced a decline in the number of arrivals in the last three years as a result of what they describe as expensive airfares on the domestic service to Western Province.

The group said upgrading Munda into an International Airport will be able to accommodate international flights directly to Western Province which will make it cheaper for tourists wishing to visitor there.

In response, Minister Manetoali said he agreed with the operators' call which he believed is an important infrastructure to boost visitor arrivals.

Minister Manetoali added that the Munda Airport Project is one of the major priority projects of the NCRA Government and it is putting every effort into that project.

He said such a huge project cannot be built overnight since it will need proper planning and a lot of money to make it happen.

Minister Manetoali told the meeting that NCRA Government is serious about the project because it believes that Tourism will soon become the country's major income earner when our natural resource-based industries decline soon.

Munda Airport was built during World War II and with that historical link; it will certainly become a tourist attraction itself once upgraded into an International Airport.