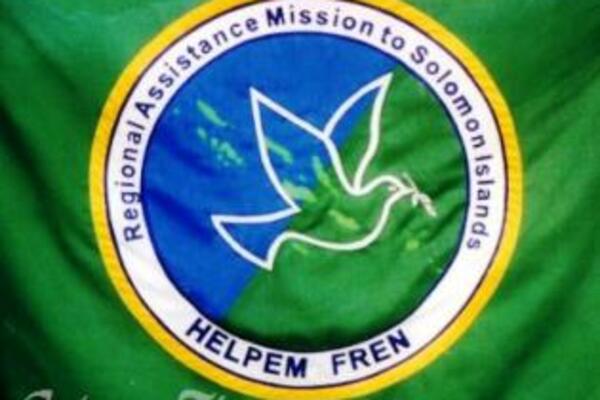 The RAMSI transition is a process involving a gradual draw-down of RAMSI's work and activities in Solomon Islands.
Source: STO Archives
Share
Tuesday, 06 December 2011 09:55 AM

Cabinet has formally endorsed the phased out transition of the work of the Regional Assistance Mission to Solomon Islands, RAMSI.

In a paper endorsed by Cabinet, the Government says that there is a need for it to be assertive in managing the transition and take a leading role in the process of change.

The Office of the Permanent Secretary for RAMSI says consultations will be held to source information and feedback about RAMSI, especially in defining and shaping how the RAMSI transition will look like. The consultations will include all stakeholders such as the Government, its development partners, donor agencies, and especially the people.

The consultations will also include a series of workshop that will result in the production of a Yellow Paper to be put to Prime Minister and Cabinet and subsequently a White Paper to take to Parliament.

The White Paper will provide guidance for the development of the wind-down phase of the partnership framework.

Meanwhile, the Government, through the Office of the Permanent Secretary for RAMSI, will setup a national working group to monitor RAMSI programmes including its transition period.

The RAMSI transition is a process involving a gradual draw-down of RAMSI's work and activities in Solomon Islands.

It is understood that some selected development programs in high priority areas will be redesigned and transitioned to AusAID and NZAID, as appropriate, but not in their current form.

It also means that while current funding that comes under RAMSI will decrease, funding for the same areas under bilateral donor partners will increase.

Currently, the most obvious activity in the transition phase is the withdrawal of RAMSI Police from selected Provincial police posts including Atoifi, Tulagi, Buala, Lata, Kirakira, Tigoa and Isuna on Guadalcanal.