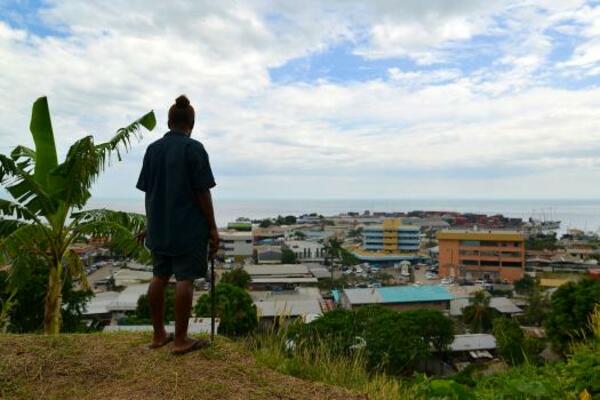 He says it is unfortunate that such leaders use the business community to score cheap political points.
Source: Photo supplied
By Tony Kando
Share
Monday, 10 November 2014 09:06 AM

A Honiara businessman, who wrote to Solomon Times on the condition of anonymity, says he is surprised and somewhat concerned at some of the tactics used by certain candidates in Honiara.

“I have to be honest it is surprising and disturbing, when people who aspire for political office pinpoint certain business owners as the cause for the rot in government,” he wrote.

“We have been called corrupt, greedy, liars and foreigners meddling in the affairs of the country. This tone is the same with all the campaigns I have heard, from East to West Honiara, and I am worried for the safety of myself and my family.”

He says it is unfortunate that such leaders use the business community to score cheap political points.

“They should focus on positive messages, one that would help rural people and those that find it hard to make ends meet.

“People label us as corrupt, but as a business man I find it very hard to deal with various agencies without officers asking me to pay them to fast track payments or permits or the like...so who is guilty here?”

He says he is seriously considering taking his family abroad, at least during and after the elections.

“I am like everybody else, I work hard to make a living for my family, I see myself as a Solomon Islander, my children feel the same way, why this?”

Dan Desha, an expert on the subject, wrote in the India Tribune that corruption is both demand and supply driven. When a contractor asks for a kickback, it is demand driven; but when an inspector is paid to pass an inspection, it is supply driven.

“Playing the blame game is not going to help anyone. Both are equally guilty.”

He says bribing should be made unprofitable and controlling it should be cost-effective by imposing prohibitive fines and penalties.

“That is the only way you can put powerful bribe takers out of business first and then go after the wealthy bribe givers.”