Bus Driver in Custody After Accident in Honiara 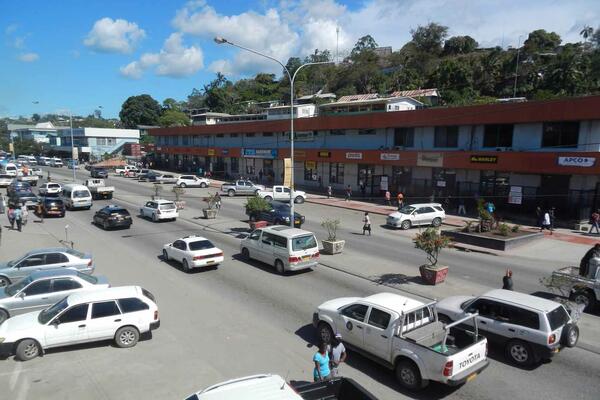 Officers of the Royal Solomon islands Police Force (RSIPF) Traffic Department in Honiara have arrested a 32-year-old male person who is believed to be the driver of a bus which allegedly hit an elderly man at the bus stop near the overhead bridge at China Town on 21 June 2019.

It is alleged the bus was travelling in an easterly direction towards the bus stop at the overhead bridge when it hit the man believed to be between 50 – 60 years old.

Director of RSIPF Traffic Department, Superintendent Fredrick Satu says, “My officers attended an accident at the bus stop near the overhead bridge in China Town on the morning of 21 June 2019 and the driver was charged with careless and inconsiderate driving, and he was released on bail to appear before the Honiara Central Magistrates Court on 16 July 2019.”

“The victim was assisted to the nearby National Referral Hospital and has been admitted with injuries to his head, hand and leg.”

“I appeal to witnesses to the accident to come forward to the Kukum Traffic Centre in East Honiara and assist your police with information. So far one witness has provided a statement,” says Superintendent Satu.