Building a Business from Scratch 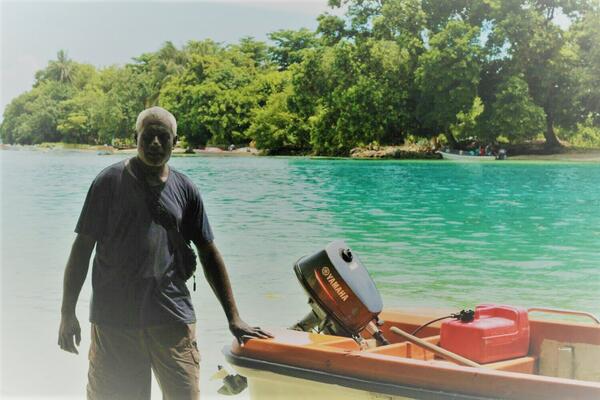 Jesse standing beside his ray boat, behind him is Taro Island the capital of Choiseul Province.
Source: Jeremy Gwao
By Jeremy Gwao
Share
Friday, 04 December 2020 09:04 AM

Patience is a virtue, and Jesse Pitano'e is a perfect example of this age-old adage.

Jesse comes from Supizai, a small island not far from Taro, the Provincial capital of Choiseul Province. He is 58 years of age but is still strong and fit - his boat transportation business is now the main mode of transport for villagers in Supizai to and from Taro.

Jesse said that him and his wife started the business from scratch, with just an old dug out canoe they would paddle people to Taro for a small fee.

“I noticed no one was providing this service so I tried it, we would charge just 0.50c per passenger. It looked crazy to some but to me the opportunity of making money makes it more interesting,” Jesse said with a chuckle.

Jesse said it took a long time for them to save enough money to start a mini fuel station, which his late brother, Judah Kabule, managed.

He said from there they decided to purchase a small ray boat and an outboard motor engine. It took them almost 18 years, but they persevered, paddling passengers to and from Taro and saving whatever they can.

“I think when you want to start a business you have to look at a need, something people need. I see the struggle for crossing both ways early on, and I decided I will be a service provider for the people,” he said.

"To walk across it depends on the low tide, but if the tide rises there is no other way to cross," Jesse explained.

Since he started using his ray boat, he has been more efficient, and with close to 500 villagers in Supizai island Jesse is always busy.

"Sometimes it is very tiring because the service normally starts around 6am in the morning till 7 to 8pm in the evening. Some of my kids are now grown up so they help me, so I no longer have to work all throughout the day.”

He says they normally make around $500 to $600 each day, more than enough for his family of six.

“What is more important to me is I have shown to my children that however small you can create something out of it, my children can follow what I am doing but maybe in other things,” Jesse said, with a satisfied look, and perhaps a sense of accomplishment for what he has done for his small family.