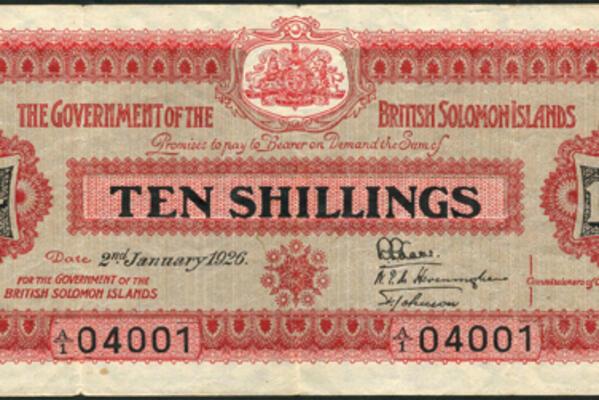 If you have a British Solomon Islands 10 shillings lying around, it may be worth a lot of money – SBD$150,000 to be exact.

The popularity of the note with collectors is its rarity, “a rare find, a real jewel amongst collectors,” said one collector. “Bank of England rarities are now high on demand.”

Although such notes were highly circulated pre-independence, it is now rare, perhaps non-existent today. But if, a big if, one finds one, he or she can make top dollars.

A Spink London representative says that to command top dollars, there are some important prerequisites. “The paper quality must be excellent, the printing strong, the red chopmarks must be vibrant, and ideally no central fold, although one central fold is still ok.”

A CBSI officer spoken to says it is “almost impossible to find one such note in such a condition.” “The papers used back than were quite susceptible to damage compared to now, so they did not last, if they did than it was probably stored away properly with the intention of keeping it as memorabilia.”