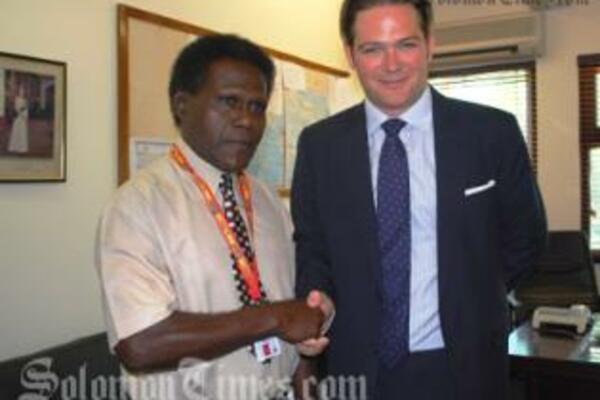 The British High Commission in Honiara is pleased to announce its continued funding of BBC World News to Solomon Islands for the next two years, costing SBD$200,000.

BBC world news is the BBC's commercially funded, international 24-hour news and information channel, broadcast in English in more than 200 countries and territories across the globe. It is estimated weekly audience reach of 76 million making it the BBC's biggest Television service.
Through the British High Commission in Honiara, Our Telekom has been able to effectively provide BBC World News in Solomon Islands especially in Honiara for a number of years now. For many people in Solomon Islands their prime access to television services is through terrestrial channels. The provision of BBC World News ensures that there are three terrestrial channels.

Our Telekom Chief Executive said there is a need for world television here and Our Telekom has been providing two world television programmes, ABC and BBC. "This is important as it provides different perspectives for the people of Solomon Islands," stated Mr Ngira.

"Solomon Telekom is happy and thanks the British High Commission for the confirmation of the funding to continue the provision of BBC television services," he said.