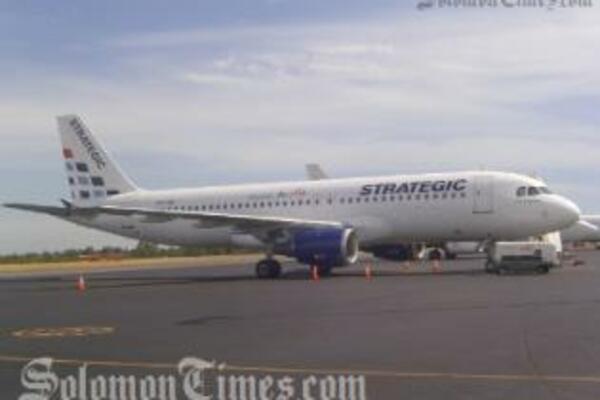 Plans for the next few days of flights to and from Brisbane will be affected whilst the Solomon Islands Airlines seeks alternative aircraft to service its prime Australian services.

The airline said that due to the Ash Cloud flight disruptions in Australia and additional charter work by current operators; Our Airline; Strategic Airlines and Alliance, it has been difficult to secure aircraft to operate Solomon Airlines flights but the matter is ongoing currently and all options are being sourced.

The airline confirmed though that it has secured an aircraft for Sunday evening, which will only cater for the Friday's (today) flight disruption and add some of Sunday's load to fill all available seats.

The airline indicated that Sunday's flight will now be operated on Monday evening and this is locked in with times available from the sales/reservations staff and the airline requests all passengers to be patient when calling in as it expects an influx of calls to establish which flights their bookings have been transferred to.

Strategic Airlines has sent one of the A320's to heavy maintenance whilst Our Airlines has taken on many ad-hoc charters thus preventing their aircraft use this weekend and Alliance has no aircraft available in Brisbane.

It further added that calls have been made to the above three airlines without positive results except as advised above and the airline has also contacted Air Vanuatu; Air Niugini and Air Pacific regionally; as well as Qantas; Jet star and Virgin Blue; all of whom have indicated nothing available whilst they recover the Ashes flight disruptions throughout Australia.

The airline indicated it is still working with the regulator CAASI and Australia's CASA to find a timely solution of operating its own Airbus A320 sooner rather than later and will keep all advised on any developments.

The airline apologised to its valuable travellers for these disruptions and advised that they are working on other solutions in the next week or two. They can confirm that Monday's flight will be delayed to the evening whilst Wednesday and Friday next week, the airline anticipates Our Airline to be the operating aircraft when some of their other charter work has been completed.