Brisbane Man Rescued After Drifting At Sea for 3 Days 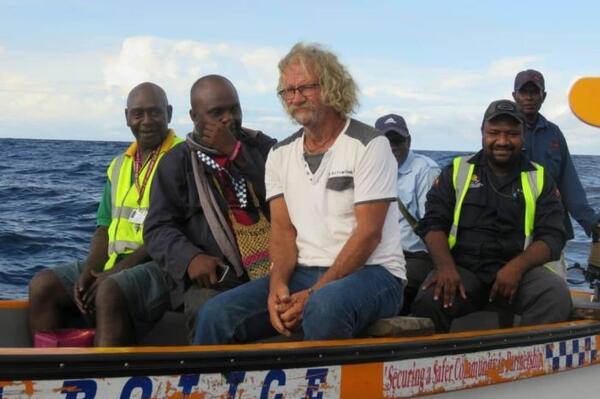 A Brisbane man is on his way home after drifting at sea for three days off Solomon Islands.

Retired engineer Tony McCracken was sailing from Brisbane to Marau in the Solomon Islands when his trimaran was damaged by a storm and began taking on water.

He was eventually picked up by a transport freighter on its way from New Zealand to China, then collected by a Bougainville search and rescue team.

"I was quite concerned, as I'd been giving calls out for a couple of days and had no response," he told the ABC.

Mr McCracken, who was sailing alone, said he had stopped in Cairns before setting sail again on July 18.

He was transporting generators, sewing machines and other equipment for a community hospital on Marau where he was volunteering as a project manager.

"I received an email late Sunday afternoon that there was a man drifting about 60 nautical miles from the Solomon Islands," said Sam Mark, a search and rescue coordinator with the Autonomous Bougainville Government (ABG)'s Disaster Unit.

"There was a gale wind warning … strong winds had broken the cover off the sailing boat and the waves were breaking into the boat."

Mr McCracken said he was devastated to have lost about $30,000 worth of equipment and the boat that he was donating to the hospital.

"I haven't really had time to process it all … but I'm certainly relieved to be back on dry land," he said.

"I'm licking my wounds, but it would be great to regroup and have another crack at it."