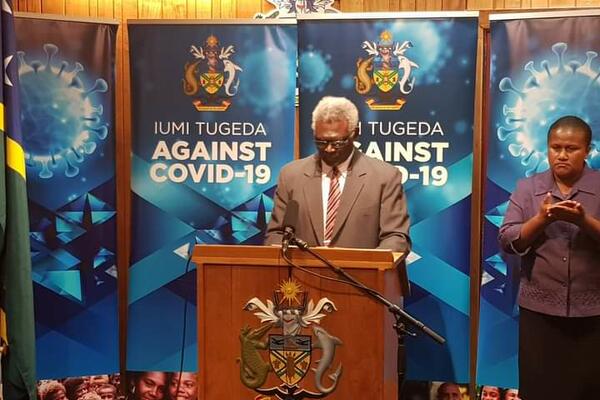 Others on the flight have been quarantined in single rooms to minimize the risk of further transmission.
Source: File
By Jimmy Nolan
Share
Tuesday, 27 October 2020 15:14 PM

Prime Minister Manasseh Sogavare has confirmed that four returning nationals that arrived via New Zealand have tested positive for COVID-19.

The four new positive cases are soccer players based in the UK.

The four were part of sixteen soccer players that returned from the UK. All the players were seated together on the flight from New Zealand, which should reduce the risk for others on the flight.

Prime Minister Sogavare confirmed that all four are in isolation. The rest of the soccer players are quarantined separately.

Others on the flight have been quarantined in single rooms to minimize the risk of further transmission.

The Prime Minister says that any risky behaviour by returning citizens puts others at risk.

He says unfortunately one of the positive players refused to wear his face mask on the flight from New Zealand despite being told repeatedly to do so by flight crew. He says they know who the individual is, and his selfish action expose others in the flight and puts the country at risk.

Prime Minister Sogavare says that the government is doing all it can to prepare and protect citizens of the country.