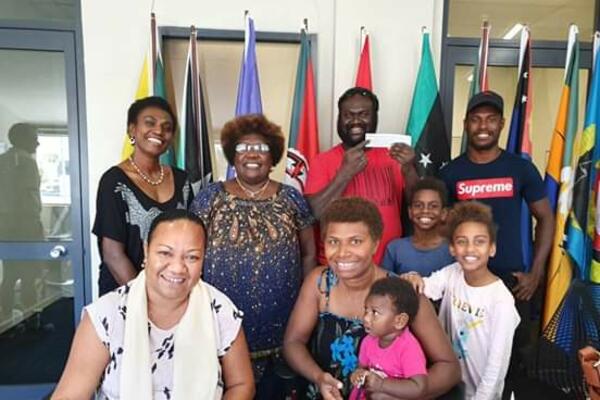 Team one departs Bougainville today for Solomon Islands for two days of polling in Gizo and then Honiara, while team two departs tomorrow and will travel to Cairns and then Brisbane.

Chief Referendum Officer Mauricio Claudio said it was an historic occasion to provide both enrolment and polling to PNG nationals, in this case Bougainvilleans as defined by the two governments, who are living in an overseas territory.

“The BRC is confident that we have captured the spirit and intention of the Bougainville Peace Agreement - to provide the chance for every eligible Bougainville to have their say through a free, fair and secure democratic process.”

“To the 311 eligible Bougainvilleans who enrolled during our two previous trips to you, now is your chance to go out and vote and celebrate being part of the peace process and part of Bougainville’s history.”

“We will also be offering provisional voting for those who enrolled overseas, but have returned to Bougainville to cast their vote. Another historic first for a PNG electoral process.”

Polling dates are as follows:

Mr Claudio assured all that the safety, security and credibility of the polling process would be as strict the country as it will be on Bougainville.

“We have been advised that the two governments will send their scrutineers to observe the process, as well as the presence of international observers.”

“Our message for everyone is the same, go out and cast your vote with the confidence that your vote will be safe, secure and secret according to laws and international best practice.”