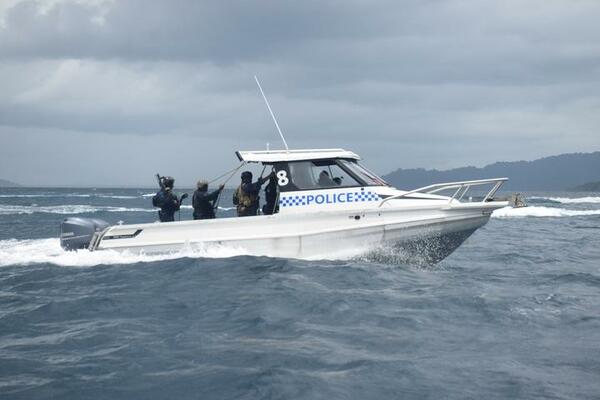 The Post-Courier newspaper reports that Bougainville Police are aware of an incident at the border in which two fishermen were allegedly assaulted by Solomon Islands border police.

Chief Job Taunai from Buin in Bougainville confirmed to local media that the two fishermen sustained facial and back injuries during the attack on Wednesday (09/02/22) while they were trawling on the international border between Taurato (PNG) and Ilina Islands (Solomon Islands).

Both suffered serious injuries and one of them was taken to Arawa general hospital. Chief Taunai said their relatives are incensed by the actions of the Solomon Islands police and are threatening to retaliate but have been warned not to do anything that can escalate the situation.

Autonomous Region of Bougainville Police Minister Emanuel Carlos Kaetavara said the southern command of the Bougainville police service is investigating the incident and will brief the government.

He said there is a need to quickly address the matter before it escalates into a serious border incident.

“On our side, our people must refrain from incursions with the purpose of attempting retaliations on the Solomon Islands police which is a national security entity of our nearest neighbour.

“We will also liaise with the national Department of Foreign Affairs on the matter and reach out to the Solomon Islands High Commission to resolve the issue.

“The issue cannot be resolved through retaliatory measures. As a region preparing for independence Bougainville in all situations must display the ability to maintain the highest level of diplomacy on international issues, and the border issue is no exception it has to be solved diplomatically.”

However, aggrieved relatives of the two fishermen say their rights to their traditional fishing grounds have been abused and restricted, without proper reason, and that the quicker Bougainville and the Solomon Islands government sit down to iron out the issues, the better it would be for them.