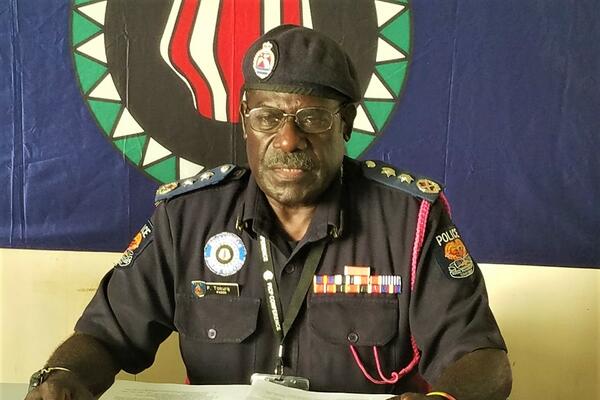 He says he has now sought information from the Buin police post, regarding the incident.
Source: New Dawn
By Georgina Kekea
Share
Monday, 01 March 2021 09:03 AM

The Bougainville Police Chief, Francis Tokura told Solomon Times Online he is sorry about the incident that occurred at the border between Solomon Islands and PNG.

Mr. Tokura says his office has not received any information on the incident but is waiting for formal correspondence from the relevant authorities.

Tokura says he has often made appeals to the people of Bougainville to respect the laws of Solomon Islands and not to cross the border during the State of Emergency.

He says the Bougainville Police force do not have the capacity and resources to do patrols at the border, thus the lack of police presence at their side of the border.

He says he has now sought information from the Buin police post, regarding the incident.

The Royal Solomon Islands Police Force (RSIPF) reported that their officers are being harassed and abused at the border by Bougainvilleans.

In the latest incident, a RSIPF drone was captured by Bougainvilleans following a tiff at the border.

Four RSIPF officers were said to be outnumbered by Bouganvilleans during the incident.

Vaevaso said a formal report of the incident will be submitted to the relevant PNG authorities for action.

It was only recently, this month that the Solomon Islands High Commissioner in PNG, made a visit to Bougainville with Prime Minister, Marape’s delegation.

Mr. Barnabas Anga visited the Solomon Islands community of Bougainville to see how the COVID-19 restrictions on the border are affecting people at the border.

Bougainville Police Chief, Francis Tokura told Solomon Times Online they know the Solomon Islands is in a State of Public Emergency but his officers in Buin do not have the resources to patrol the border between these two countries.