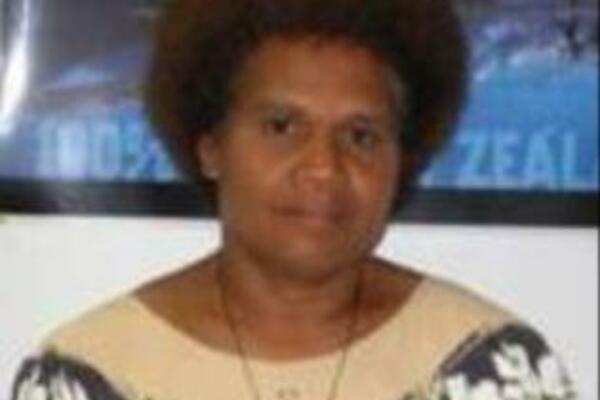 Solomon Islander, Dr Alice Aruhe'eta Pollard, one of the co-editors of the soon to be launched "Being the First."
Source: onejustworld.com.au
Share
Monday, 08 March 2010 09:44 AM

"Being the First" tells the stories of 14 women who have broken barriers to rise to high positions within the Solomon Islands public service, and encourages young Solomon Islands women to follow their lead.

Dr Alice Aruhe'eta Pollard, and AUT University's Professor Marilyn Waring, co-edited the book as part of their work heading up the Women in Governance component of the Regional Assistance Mission for Solomon Islands (RAMSI).

All of the women profiled in "Being the First" have broken new ground within Solomon Islands government structures to take on roles including permanent secretaries, officers of parliament, the only woman elected to parliament and a former Public Service Commissioner.

Waring says it is important that the women's stories are written down and form part of recorded Solomon Islands history. Many of them have spent time overseas studying and working, and those parts of their lives are easily lost from the Islands' history unless details are written down.

Being the First is published by AUT's Pacific Media Centre on behalf of RAMSI and AUT's Institute of Public Policy. Waring says that AUT's connection and contribution to "Being the First" is one of many initiatives that demonstrate the university's commitment towards becoming the postgraduate university of choice for people of the Pacific Islands.