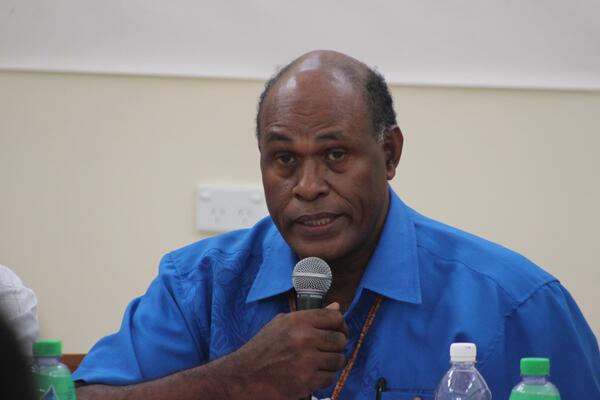 The Bills and Legislation Committee have concluded their inquiry into the Public Health Emergency Bill 2021 in Lata, Temotu province last week.

The major turnout of public participants and witnesses before the Bills and Legislation Committee consisted of provincial assembly members, community chiefs, women groups, church reps, and medical personnel, which made the numbers during the hearing which was held at the recently opened Provincial Assembly House in the provincial capital.

On the 12th of March this year, the Government tabled the Public Health Emergency Bill 2021 in Parliament, and the Bill was referred to the Bills and Legislation Committee immediately after to examine it.

On the 3rd of May, the Committee resolved to conduct a nationwide inquiry into the Bill before reporting to Parliament its findings and recommendations.

These Public Hearings are expected to extend to the other remaining Provincial Centers throughout the country before the year ends.

Chairman of BLC, Honourable John Maneniaru closed the hearings with acknowledgment of the informative discussions and contributions, also the Premier, his Provincial Executive and other distinguished witnesses, and in general the Temotu people for their hospitality and warm reception.

The Committee returned to Honiara on Saturday 16th October.