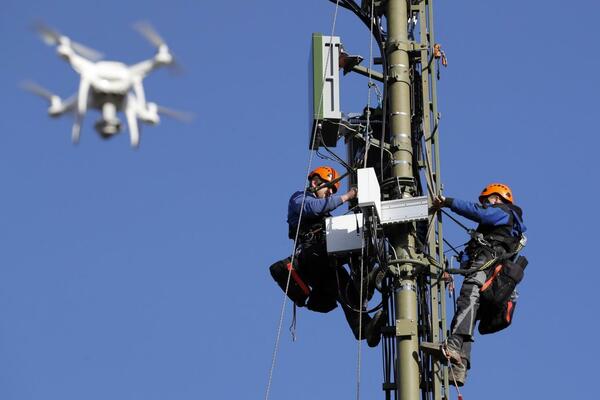 A conventional broadband tower will cost between SBD$570,00 to SBD$2 million each to build.
Source: The Bangkok Post
By Georgina Kekea
Share
Monday, 07 December 2020 09:12 AM

Building 200 broadband towers across the country will cost the government Billions of dollars.

Chinese tech giant Huawei were in advanced talks with the government to build the 200 broadband towers around the country. The Prime Ministers office would not confirm whether the technical paper for the 200 towers was presented or passed by Cabinet, although sources say it has.

Huawei is poised to build the towers should the government give the project the go ahead.

“A conventional broadband tower will cost between SBD$570,00 to SBD$2 million each to build. If the government goes through with this project of 200 towers, it will cost a lot of money.

“Where will they get the money from? We are talking about baseline cost, transport cost, fuel costs, maintenance cost and a whole lot of expenses that goes with such infrastructure. This needs to be done properly. And I am sure there are better alternatives than just 200 towers”, a local businessman in the ICT business said.

Obtaining finances for the 200-tower project is still unclear, although a loan seems the most likely route. Huawei has built close to 70 percent of Africa’s 4G network. The construction in Africa was said to be accompanied by loans from Chinese state banks. These loans are approved faster with fewer conditions than loans from international institutions.

Solomon Islands, like many the World over, are still grappling with the effects of Covid-19. The government has borrowed heavily to finance much of its Covid-19 response measures. The government has already stretched its borrowing capacity, with well-placed sources suggesting that it will be close to 30% of GDP after the Tina Hydro project kicks in.

Adding a project such as the 200-towers would push Solomon Islands debt to unsustainable levels, with the likelihood for default extremely high.