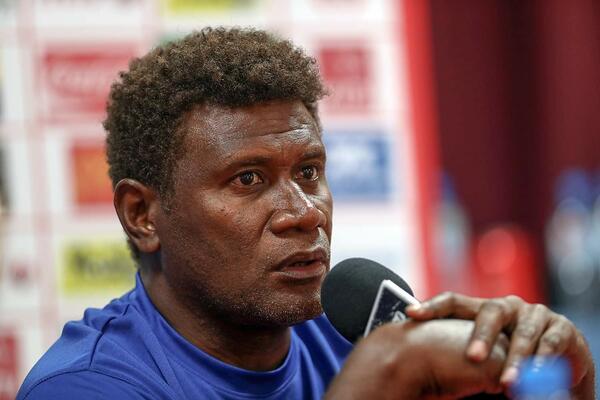 “As a coach, I have high hopes we will compete with the best Beach Soccer teams at the World Beach Games,” he said.
Source: SIFF
Share
Thursday, 12 September 2019 09:30 AM

Bilikiki coach Gideon Omokirio hopes Solomon Islands will compete against the World’s best at the World Beach Games in Qatar next month.

Omokirio uttered this yesterday after naming his final 12-man traveling.

“As a coach, I have high hopes we will compete with the best Beach Soccer teams at the World Beach Games,” he said.

“Our strength is the speed with the ball which was evident during the Oceania championship. The boys are responding positively to our style of play and I believe we are capable of making the country proud in Qatar.”

The Bilikiki tactician added latest additions to the team is based on overall team assessment during the qualifiers in Tahiti.

“We identified some during the tournament in Tahiti that we need to replace because of the strategy we want to implement.

“The four changes is done basically to help us strengthen our weaknesses since the level at the Beach Games is top class,” Gideon added.

Meanwhile, the team continues its training at the DC Park in east Honiara.

Solomon Islands Bilikiki will be leaving on October 7 ahead of their opening match against Italy on October 12 at the Beach Soccer Arena in Katara Beach.