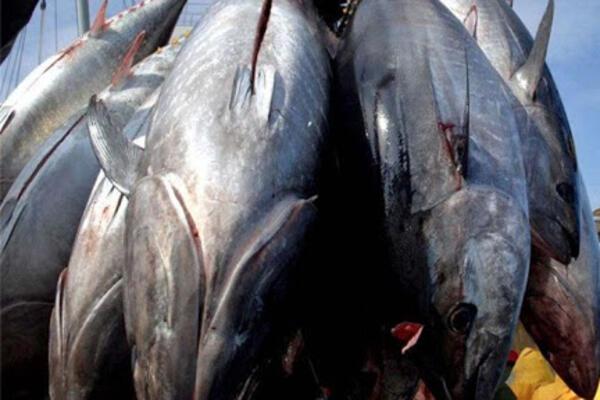 Negotiations are taking place at the World Trade Organization (WTO), in Geneva with a view to reaching an agreement at a virtual Ministerial meeting on July 15th.
Source: File: PITIA
Share
Wednesday, 02 June 2021 10:56 AM

Negotiations have run into deep trouble with the release of the latest version of the Chair's text.

Some developing country members say they cannot accept the text as a basis for future negotiations, objecting to the chair-driven decisions for the text's content and the opaque process for further negotiations.

“The recent negotiation text was said to be a step forward towards reaching an agreement in July but instead it represents a significant 10 steps backward for holding those countries with heavily subsidised fleets accountable and acting to reduce global pressure on fish stocks”, stated Mr Adam Wolfenden, Campaigner for the Pacific Network on Globalisation.

Negotiations are taking place at the World Trade Organization (WTO), in Geneva with a view to reaching an agreement at a virtual Ministerial meeting on July 15th.

Current proposals in the text allow members to be able to provide subsidies that increase fishing fleet capacity provided that there are measures in the relevant fisheries to maintain stocks at a biologically sustainable level.

Mr Wolfenden continued, “this text will allow those countries who have the historic responsibility for overfishing to continue to receive as much government support as they want without any time constraints thanks to the loopholes being proposed here”.

The talks at the WTO were revitalised by the Sustainable Development Goal (SDG) 14.6 which calls for the elimination of subsidies for Illegal, Unregulated and Unreported (IUU) fishing, prohibiting certain forms of subsidies that contribute to overcapacity and overfishing, while recognising that appropriate and effective special and differential treatment (SDT) for developing countries should be an integral outcome of the talks.

“Flexibilities in the subsidy bans being offered to Developing Countries, Least-developed Countries and Small Island States fails to fulfil the SDG mandate. What is proposed for developing countries is time-bound and largely only applies to fishing within 12 nautical miles of the coastline. Pacific Island Countries wanting to support small-scale fishers or develop greater domestic fleet capacity to fish their own waters will find it difficult to do that within these constraints,” added Mr Wolfenden.

Included in the agreement is a condition that any flexibilities in the negotiations, even those only designated for least-developed and developing countries can only be utilised if a country meets its notification requirements under the agreement.

“Many Pacific Island Countries struggle to meet all their existing notification obligations under WTO membership due to lack of capacity. Special and Differential Treatment (SDT) is a recognition that differing levels of development should result in differing levels of obligations, the binding of flexibilities to burdensome notification requirements makes it even harder to access the flexibilities mandated under the SDG,” said Mr Wolfenden.

The WTO's new Director General Dr Ngozi Okonjo-Iweala has called a virtual ministerial meeting for July to reach agreement on the talks. This comes after over 150 non-government organisations from around the world called for no virtual negotiations as they disadvantage developing countries who lack resources and capacity.

“This pressure to conclude will result in an outcome that sees the livelihoods of small-scale fishers and the sovereign rights of countries to manage their waters sacrificed in order for the WTO to say it is still relevant.

"This is the exact reason why the WTO is in crisis - the failure to listen to those who are experiencing the real-world consequences of growing inequality and environmental destruction caused by the economic ideals espoused by bodies like the WTO,” concluded Mr Wolfenden.