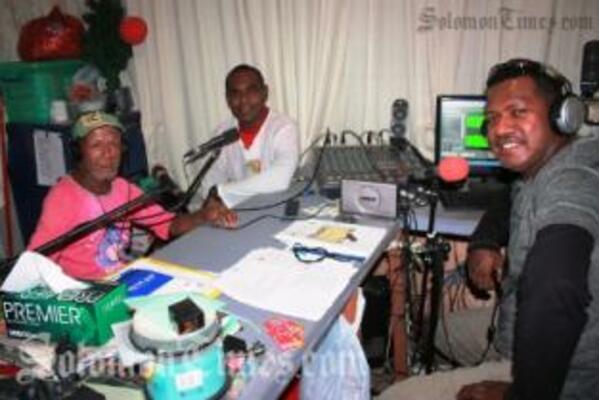 A new and exciting radio show featuring updates about the upcoming Festival of Pacific Arts will be aired on the countries major FM Radio stations starting today.

Produced and hosted by Big Maos Production Haus, the festival radio show is geared towards informing the public about the festival as part of the National Organising Committee's festival awareness programs.

The program will feature updates on preparations, live interviews, commentary from members of the public and other relevant information for public awareness.

Chairperson of the Festival Media and Communication Committee, George Herming said the radio show is aimed at increasing public awareness about the festival.

"It will include updates, announcements and news about the festival as well as both traditional and contemporary local music," Mr Herming said.

People seeking information about the festival are encouraged to listen to the shows to keep themselves informed of the biggest ever-cultural event to be hosted here. A similar radio program has been launched in July last year on the National Broadcaster, SIBC.

The National Organising Committee has engaged the services of Big Maos Production Haus after realising the professionalism and creativity of the hosts to lead public awareness on the airwaves.

Big Maos Manager and Producer John Adifaka (Jr) said he is pleased to contribute to raising awareness about the festival, which will help people of Solomon Islands prepare for the event.

"The festival is going to be big and exciting so people must prepare to showcase Solomon Islands in a positive way. This can be achieved if people are well informed about the event," Mr Adifaka said.