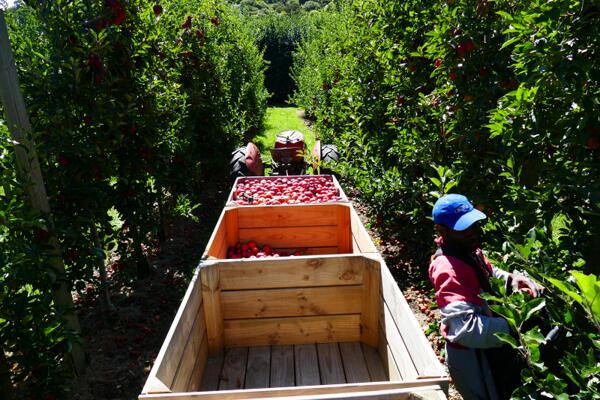 A statement from LMU strongly discourages people from paying money to any self claimed recruitment agent apart from the licensed agents approved by the LMU.
Source: OCTA
Share
Monday, 07 November 2016 11:26 AM

The Solomon Islands Government through its Labour Mobility Unit (LMU) is warning locals to be vigilant against fake recruitment agents who promised to arrange seasonal jobs in Australia and New Zealand.

The warning was made following an incident last month that a self-claimed recruiter allegedly siphoned large sums of money from locals and disappeared.

A statement from LMU strongly discourages people from paying money to any self claimed recruitment agent apart from the licensed agents approved by the LMU.

“If an individual or agent is not authorized by the LMU, they are unable to offer jobs under the RSE scheme; anyone claiming to be an agent without a license is committing fraud and will be referred to the police,” the statement warned.

The LMU approved license required by agents to recruit workers for New Zealand and Australian is valid only for one year and all licensed recruiters are kept on file at the LMU, which is available to the public for viewing.

Some of the conditions to become a licensed agent include having established a business relationship with an Approved Employer abroad and committing not to charge fees or collect money from potential workers without any formalized arrangement between the approved Employer, LMU and the approved recruiting agent.

A list of approved recruiting agents with their contacts for the New Zealand RSE scheme can be collected from the LMU office at the Ministry of Foreign Affairs and External Trade Headquarters in Honiara.