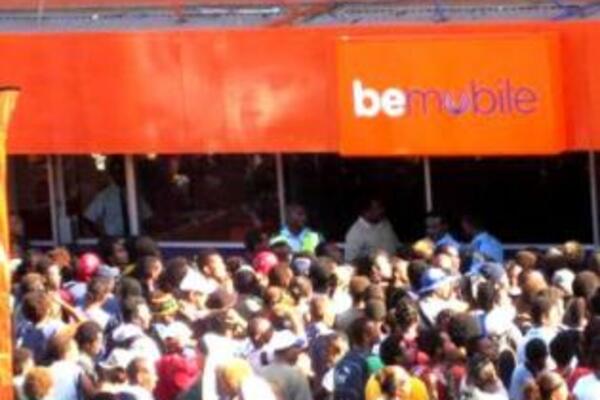 Already, with just minutes before the launch, a large crowd has gathered outside their Point Cruz sales office.
Source: STO
Share
Tuesday, 31 August 2010 08:30 AM

With the tagline "Mifala lo hia nao", telecommunication operator Bemobile has officially announced the launch of its new network in the country.

The Chief Executive Officer of Be-mobile Solomon Islands, Michael Ah Koy, made the announcement during a press conference at their office building in Point Cruz.

Mr Ah Koy says the company is extremely proud to announce a new era in telecommunications in the country.

At their launch today, Bemobile's network will provide service to 28 percent of the population in Guadalcanal, Malaita and Western Provinces.

Mr Ah Koy says Bemobile will continue to expand its coverage to over 80 percent of the population in Solomon Islands, within a timeline required by the government.

Bemobile had stood to lose another US$ 1 million dollar fine to the Telecommunications Commission should it fail to launch its network by its deadline this month.

Already, with just minutes before the launch, a large crowd has gathered outside their Point Cruz sales office.