Beche-de-mer Ban to Be Re-imposed After May 31st 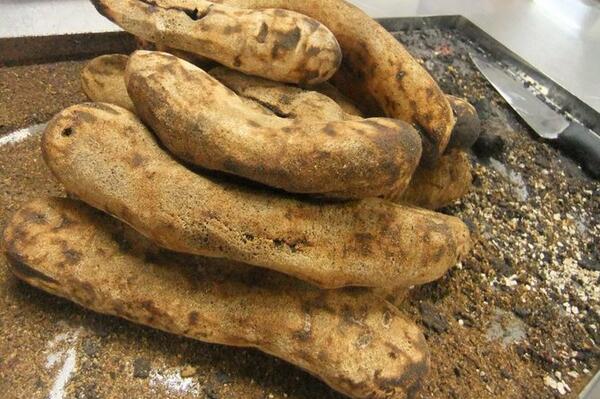 Minister Ghiro clarified that the ministry could not extend the harvest period because only Cabinet had the right to extend the time-frame for harvesting.
Source: Photo supplied
Share
Thursday, 30 May 2013 12:21 PM

The Government will reinstate the ban on beche-de-mer at the end of this month while warning that anyone harvesting the marine resource after May 31st is regarded illegal.

Minister of Fisheries and Marine Resources Hon. Alfred Ghiro has confirmed this last week to comply with a Cabinet decision to allow harvesting only for a three- month period.

"Harvesting of beche-de-mer would close at the end of this month and anyone harvesting after that time would be regarded as illegal."

Minister Ghiro clarified that the ministry could not extend the harvest period because only Cabinet had the right to extend the time-frame for harvesting.

The Minister has acknowledged receiving numerous requests for government to extend the time frame to harvest beche-de-mer.

"Any decision to extend or impose the ban could only be made by the Cabinet," Mr Ghiro said.

As the closing date draws closer, all license holders and buyers are advised to take note that harvesting, buying and export will cease after May 31st.

In recent years, the beche-de-mer industry in Solomon Islands has increased due to increased export to China. This led to the ban of harvesting and export of the product, an attempt by the government to allow the stock to recover.

The Chinese and Japanese were the first to develop successful hatchery technology on Apostichopus japonicus, prized for its high meat content and success in commercial hatcheries.

A second species, Holothuria scabra, was cultured for the first time using the techniques pioneered by the Chinese and Japanese by India in 1988.

In recent years Solomon Islands have also successfully cultured H. scabra using the same technology and have since been expanded to other species.