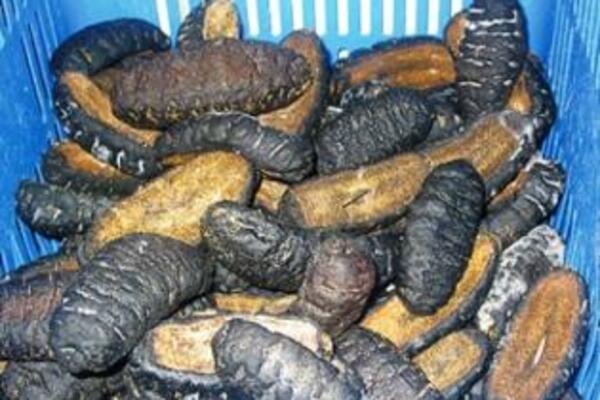 He told SIBC News that the beche de mer shipment could have fetched close to four million dollars had it been exported.
Source: STO
Share
Thursday, 23 December 2010 09:22 AM

Fisheries Permanent Secretary Dr Christian Ramofafia says his ministry is doing all it can to confiscate marine resources which are illegally harvested.

Dr Ramofafia says the latest case happened over the weekend when staff of the ministry of fisheries confiscated 160 bags of illegally harvested beche de mer from an Asian who was in the process of exporting them.

He told SIBC News that the beche de mer shipment could have fetched close to four million dollars had it been exported.

However, Dr Ramofafia admits that given the limited resources within his ministry, the monitoring aspect of this important policy is "always going to be a challenge."

A spokesperson within the ministry of fisheries added that there is always a huge incentive for people to continue harvesting and exporting beche-de-mer illegally. "At some international markets bêche-de-mer species can reach up to $700 USD a kg, which is too much of a temptation for many of our locals and exporters."

With allegations of corruption amongst certain fisheries officials now making the rounds in the media the spokesperson said that such allegations are not new. "There are many officers here with a lot of discretion, so of course they are sometimes put under immense pressure by exporters." He says that the only way to clear such suspicions is to have an internal investigation, "and that will depend on the new Minister."