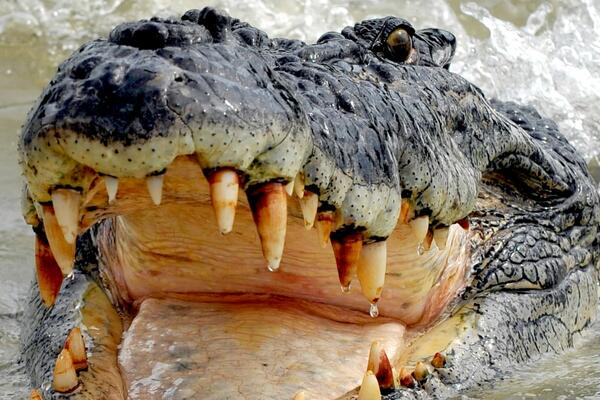 Chief Superintendent Mathias Lenialu says, “He was drowned and was not able to survive. He sustained several injuries on his body because of the attack.”
Source: File: The Guardian
Share
Wednesday, 29 September 2021 14:11 PM

A 36 year old bechedemeer diver from Roviana lagoon in the Western province has died after he was attacked by a crocodile.

Officers of the Royal Solomon Island Police Force (RSIPF) in Noro and Munda confirmed the news today, stating that they have opened an investigation into the incident.

Preliminary reports state that the crocodile attack happened on Monday 27th September when five divers from Opele village went out to look for beche-de-mer at reefs nearby when one of the divers was attacked and dragged into the water by a crocodile. The other four boys fought the reptile but could not save their friend.

Provincial Police Commander (PPC) Western Province, Chief Superintendent Mathias Lenialu says, “He was drowned and was not able to survive. He sustained several injuries on his body because of the attack.”

PPC Lenialu says, “Police have attended to the incident and opened an enquiry file to investigate the cause of the incident. Police destruction forms will be soon signed by the Chiefs and elders at Opele to allow the destruction of the reptiles.”

Chief Superintendent Lenialu says, “Now that the Solomon Island Government is lifting the beche-de-mer ban, it is a risk for our people to be involved in such activities during night times.

"I am urging communities and individuals to take extra precautionary measures whenever go out at night for diving beche-de-mer especially areas where crocodiles are frequently reported.”

Mr Lenialu says, “My condolences to the relatives of the deceased for the loss of their loved one and we pray during this time of bereavement.”

Officer Commanding Station (OCS) New Georgia, Inspector Robert Hickie says, “I am proposing to conduct a safety awareness program to the people in the Roviana lagoon and some safety guideline information to assist and manage the threat to the communities."

He says that this would be the fourth fatality from crocodile attacks since 2020.