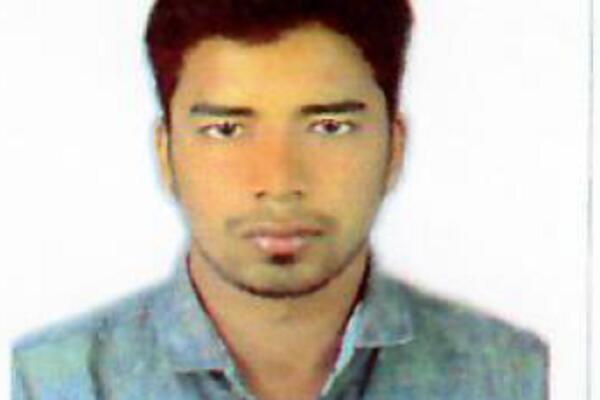 “Public are also urged to assist if you see the man, Mr. Ujjal Deuan, and his photo is supplied to assist with this appeal,” PPC Riolo says.
Source: Supplied
Share
Wednesday, 26 June 2019 14:13 PM

A Bangladeshi working as a shop keeper in Honiara has allegedly stolen SBD$90,000 from his employer, also a Bangladeshi national.

The theft was reported to the Police station at Naha.

“Since the matter was reported to police investigators have attempted to locate the suspect but could not find him,” says Provincial Police Commander (PPC), Honiara City, Chief Superintendent Stanley Riolo.

“Police have alerted the Immigration Department and Airport Police at the Honiara International Airport at Henderson to look out for the suspect.

“Public are also urged to assist if you see the man, Mr. Ujjal Deuan, and his photo is supplied to assist with this appeal,” PPC Riolo says.

He says any leads or information should be reported to the Police at the nearest station.

There has been a rise in Bangladeshi nationals operating shops in Honiara and in the outskirts of Guadalcanal. Concerns have been raised as to why foreign nationals can operate shops or canteens – an area of business once reserved for locals.

Permanent Secretary for the Ministry of Commerce, Riley Mesepitu, says that a total of 22 notices of closure were issued to foreigners running retail shops illegally in and around Honiara City.

The Ministry says that this clampdown on foreign retail operators or business operators is not only for Bangladeshi nationals but for all foreign investors who have been operating outside the laws of this country.

Vanuatu is also clamping down on illegal workers, with police in Vanuatu recently detaining two Bangladeshi individuals over their alleged trafficking of dozens of Bangladeshi men.

Other charges were also laid, including slavery, money laundering, threats to kill, intentional assault, employing a non-citizen without a work permit and furnishing false information to a Labor officer.