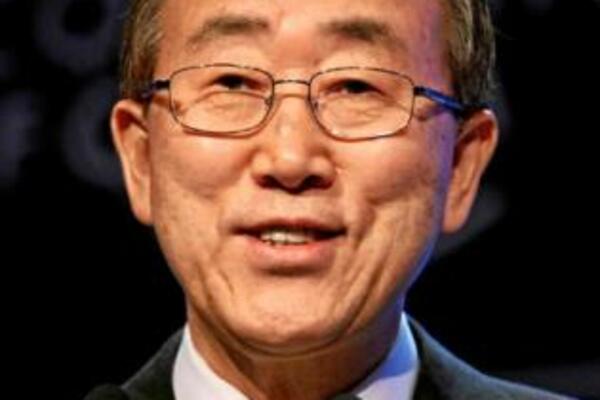 Mr Ban will be accompanied by about 20 of senior officials and media personnel. The UN through its many agencies is a major donor partner of Solomon Islands.
Source: Photo Supplied
Share
Friday, 26 August 2011 07:53 AM

U.N. Secretary General Ban Ki-moon will visit Solomon Islands on the 3rd and 4th of September 2011.

The visit follows an official invitation by the Solomon Islands Government through its U.N Permanent Representative in New York, Ambassador Collin Beck.

During his brief visit, the UN chief will meet several key leaders including the Governor General, the Prime Minister and senior Cabinet Ministers, the Speaker of Parliament, Leader of Opposition. He will also meet with the Special coordinator of the Regional Assistance Mission to Solomon Islands (RAMSI).

One of the main purposes of his visit is to see the resilience of the country in managing itself during natural disasters and also to get a feel of life in the country despite the wide geographical distribution of the population.

The visit also gives the UN Chief an appreciation on the low laying islands and to envision life of 85% of the country's population in the rural areas.

The visit is important in a sense that Solomon Islands is so privileged to receive a top UN official - a rare opportunity not accorded to any other Pacific Island countries except the Republic of Kiribati which he will visit after the Solomon Islands visit.

This is only the second visit to the south pacific by any UN Chief with the first by Butros Butros Gali to Fiji.

Mr Ban will be accompanied by about 20 of senior officials and media personnel. The UN through its many agencies is a major donor partner of Solomon Islands.

On 13 October 2006, he was elected to be the eighth Secretary-General by the United Nations General Assembly and officially succeeded Annan on 1 January 2007. Ban has led several major reforms regarding peacekeeping and UN employment practices.

On 21 June this year, he was unanimously re-elected by the General Assembly for a second term and therefore will continue to serve until 31 December 2016.