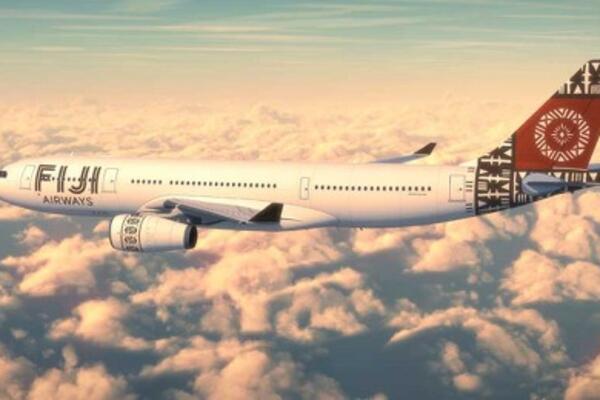 The Solomon Islands Government says it is suspending Fiji Airways flights to and from Honiara because Fiji authorities denied the entry of a Solomon Airlines flight to Nadi over the weekend.
Source: flightsim.com
Share
Tuesday, 15 July 2014 08:45 AM

A commercial aviation dispute has erupted between Fiji and the Solomon Islands after direct airline flights between both countries was suspended.

This comes in the wake of a ban by the Solomon Islands Government on Fiji Airways which the Fijian Government has today responded to.

A Fijian Government statement says the dispute started after the Solomon Island’s Government breached their Air Services Agreement between Fiji and the Solomon’s allowing for air travel between the two nations.

After the latest flight was refused permission to fly on Saturday, Fiji countered by banning a Solomon Airlines flight that was due to take place on the same day.

Attorney General and Minister for Civil Aviation, Aiyaz Sayed-Khaiyum, says the responsibility for the dispute rested with Solomon Islands.

He said Fiji had no choice but to respond in this manner adding unfortunately, the travelling public will be affected.

“By refusing to allow Fiji Airways to operate its Honiara flight on successive Saturdays, the Solomon Islands Government has given Fiji no choice but to respond. We regret the inconvenience to the travelling public but this action was triggered by Solomon Islands and the responsibility lies with Honiara”, he said.

He adds there had been a disagreement between the airlines of the two countries over the sharing of the direct route but Fiji had anticipated that the dispute could be settled in the normal commercial manner.

“We had hoped that this could be resolved amicably between Fiji Airways and Solomon Airlines but unfortunately, the Solomon Islands Government chose to intervene unilaterally to prevent Fiji Airways from making its scheduled flights. This means that it is in fundamental breach of the Air Services Agreement between us,” said Sayed-Khaiyum.

He says they need to lift their flight ban and allow the airlines to return to the negotiating table so that this dispute can be resolved and the travelling public is not inconvenienced any further.

“Fiji stands ready to have this matter resolved amicably for the mutual benefit of both our countries,” Sayed-Khaiyum added.

Meanwhile, in a statement, the Solomon Islands Government says it is suspending Fiji Airways flights to and from Honiara because Fiji authorities denied the entry of a Solomon Airlines flight to Nadi over the weekend.

Director of Civil Aviation George Satu said he was shocked to be advised that Solomon Airlines was denied entry to operate its scheduled and approved flights each Saturday to Fiji, returning Sundays.

“This is fundamentally flawed,” Satu said in a statement.

He said the fact that the Fiji authorities have denied entry into to Fiji of what has been an approved scheduled operation by Solomon Airlines has regrettably left the Civil Aviation Authorities of Solomon Islands with no option but to now deny Fiji Airways its rights for their scheduled services into Solomon Islands this Tuesday.

“Civil Aviation Authority of Solomon Islands (CAASI) is aware that Fiji Airways has applied to operate a second service to Solomon Islands on Saturday’s beginning in July 2014. CAASI, being the Regulator in Solomon Islands had duly notified Fiji some months back that this particular service was NOT APPROVED based on slots and some common understanding that two jet services on a Saturday to/from Nadi to Honiara was expressly overcapacity on that day. In addition to that, there have been long pending issues of ‘Rights’ that needed to be addressed prior to approving Fiji Airway’s request,” the Director of Civil Aviation, said.

He continued: “I am further advised that there have been some outstanding issues between the two national carriers that needed redress and these have been ongoing for quite some time without any resolution.”

“All this aside, we are a sovereign country and we have been very obliging with most, if not all, of the Fiji Government’s requests relating to aviation rights,” Satu said....PACNEWS