Authorities to Prepare for Recovery Phase 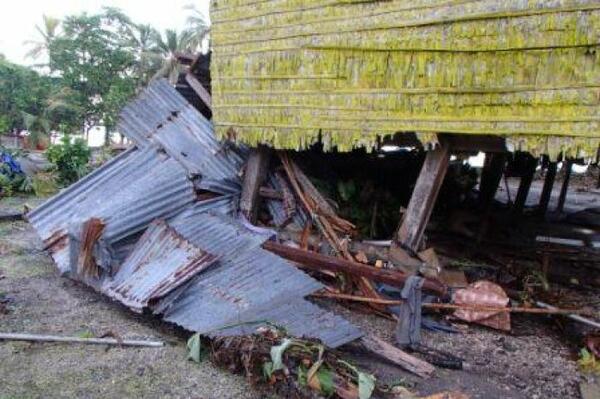 "We are aiming to start the recovery and rehabilitation so that people can start to pick up and help themselves on their recovery process," says John Tafiariki of NDMO.
Source: abc.net.au
Share
Tuesday, 19 February 2013 10:37 AM

Emergency crews in tsunami-affected parts of the Solomon Islands say they want to move to the recovery phase now that the emergency response has been completed.

Nearly two weeks after a magnitude 8.0 earthquake and tsunami hit the remote province of Temotu, emergency workers say it's time to start rebuilding the villages destroyed by the disaster.

A number of aftershocks, and damage to airstrips and wharves has caused delays for relief teams trying to reach the remote province.

Two ships carrying aid supplies have arrived in the Santa Cruz Islands and relief crews are currently on the ground.

Some of the affected villagers have disputed the amount of help they received, and have staged roadblocks in an attempt to divert supplies.

Authorities say the issue has now been resolved.

The team leader for Solomon Islands' National Disaster Management Council, Jonathan Tafiariki, says they have been able to get help to all affected areas.

"The first lot of emergency support has been delivered out," he said.

"There are talks about relocating, but there seems to be aftershocks. People need to be more aware that the threat has now gone for any existing tsunami, and we continue to be experiencing aftershocks which normally happens after every after major earthquake."

Mr Tafiariki, who is heading the relief and recovery effort, says it's time to start rebuilding from the disaster.

"We are trying to as much as possible to shorten the emergency response," he said.

"We are aiming to start the recovery and rehabilitation so that people start to pick up and start to help themselves on their recovery process."

The metre-high tsunami swept through the Santa Cruz Islands on February 6, killing at least 10 people and destroying a number of villages.