Authorities Crack Down on Smoking 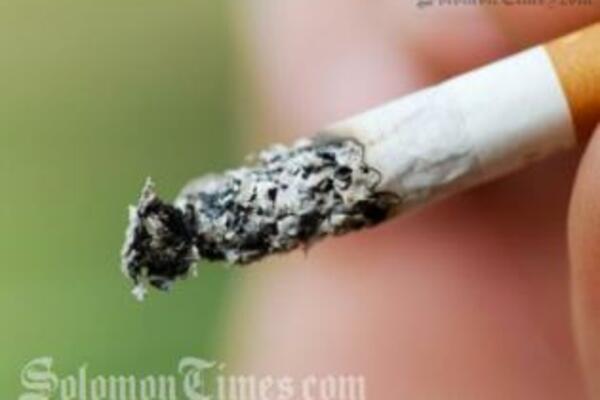 The ban follows a 2008 report that found Solomon Islands has one of the world's highest rates of smoking among young people.
Source: Photo Supplied
Share
Friday, 08 June 2012 08:48 AM

A major anti-smoking campaign is set to be launched across the Solomon Islands following new smoking laws introduced last week.

The laws prohibit smoking in schools, hospitals, workplaces and on public transport.
The ban follows a 2008 report that found Solomon Islands has one of the world's highest rates of smoking among young people.

"In the next 12 months, we will be waging a very big campaign throughout the country, actually educating our youth population on the impact of smoking," he said.

"The main strategy will be to use a team within each province to actually go from village to village, and schools to schools to actually decimate information related to smoking."

The Solomon Islands Tobacco Company says it may now have to close its factory which provides the government with $US18 million in annual revenue. The company says government should have consulted stakeholders before implementing such laws.

They say it would have been more practical had the government gradually introduced such new regulations relating to tobacco.

It is understood huge fines will be in place for those that ignore some of the new stringent laws. It may also lead to imprisonment.

"The only thing we need to think of is the ability to effectively monitor these new laws," said a person closely involved in the formulation of the policy.

"While it is certainly a drastic measure it is really in response to a growing problem...that of smoking rates amongst the young."

He says much of the emphasis will be on those that supply tobacco to young people, "so basically those that sell the product."

"So it's not indiscriminate targeting, we are being very selective, and also quite practical in my view."