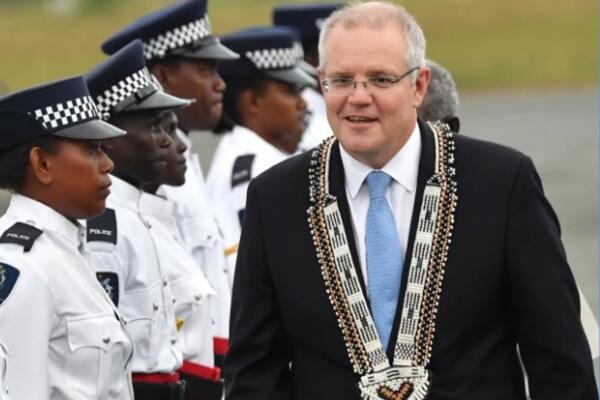 Australian Prime Minister Scott Morrison has announced AUD$250 million worth of funding for urgently needed projects across the Solomon Islands.

The Prime Minister announced the grants in Honiara today as part of his first post-election overseas trip. The money will finance a range of projects over 10 years and will complement the AUD$2 billion infrastructure fund Mr Morrison has established for the Pacific.

The Chinese government is pressuring the Solomon Islands to cut ties with Taiwan and sign up to Beijing’s multibillion-dollar Belt and Road Initiative.

The Solomons is one of a handful of Pacific nations that recognizes Taiwan as an independent state, rather than a province of China. Prime Minister Manasseh Sogavare said any decision to switch diplomatic allegiances is the Solomon Islands alone to make.

“Diplomatic relations are a sovereign decision,” Mr Sogavare said. “Solomon Islands foreign policy has always been premised on the principle of 'friend to all and enemy to none'.”

The decision has caused unrest within an already fragile political system, with local MPs at odds over whether to take up China’s offer.

Scott Morrison is the first Australian Prime Minister to visit the Solomon Islands since Kevin Rudd in 2008.

The Prime Minister will lay a wreath at the Guadalcanal World War II memorial before a bilateral meeting with Mr Sogavare today.