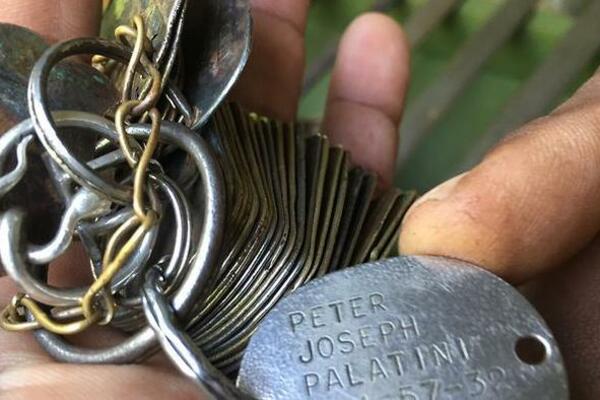 The SBS has highlighted the tourism potentials Solomon Islands have should it aggressively promote the World War II Battle on Guadalcanal.

Solomon Islands has been looking to the US, Australia, New Zealand and Japan for visitors, keen to discover the history of this legendary conflict. Unfortunately it has not been able to replicate Papua New Guinea's famous Kokoda track.

Historians say that not many people know that the battle on Guadalcanal “is quite significant as it was a turning point during World War II.”

“This where it started, this is where we took ground off the Japanese, and the first step on the road to Tokyo took place here,” Solomon Islands war historian John Innes told SBS.

For decades he has run war history tours around the capital Honiara, which is built on a battlefield.

“WWII tourism is seen as an integral part of what they do here, but tourism here has been tiny,” he said.

Underdeveloped tourism infrastructure and the high cost of travel are two reasons why the Solomon’s' industry struggles despite an incredible array of war relics to see above and below the waters.

An expert in the industry says that the Solomon Islands have the potential to grow this niche market.

“People do not mind to pay such fares if they feel that the experience is well worth it.

“So a lot needs to be done, for starters there are literally hundreds of stories and sites out there still hidden because it is not being shared or told, why not start there?”

The commemoration for the 75th anniversary of the Battle of Guadalcanal will be held next year.

The last veterans - a large foreign military contingent from the United States, Australia and New Zealand - are expected to attend along with war buffs, relatives and visitors.