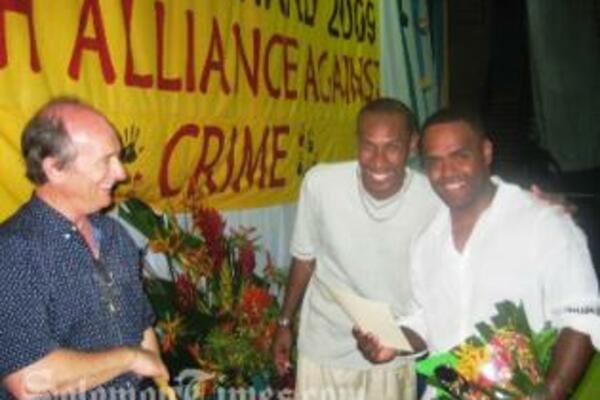 Australian music producer, Kelvin Fahey, will arrive in Honiara today ahead of the Solo Icon Grand Final on Sunday 15 August.

Mr Fahey is the President of Hardrush Music - a company specialising in the promotion of independent music and young new artists. He first visited Honiara this time last year for the 2009 Solo Icon Grand Final, where Jeddy Dyer was crowned the 2009 Solo Icon, and 8-year old, Junior Paul, was named Young Executive Idol.

Jeddy Dyer recently returned from a trip to Australia to record his debut album with Mr Fahey at the Woodhead Studios on Queensland's Gold Coast.

Mr Fahey said "The studios in Australia were so impressed with Jeddy Dyer. They loved his sound and were blown away by his talent. Jeddy should be very proud of his achievements. Through his hard work, Woodhead Studios have seen what Solomon Islands has to offer and have said they look forward to working with the 2010 Solo Icon winner."

While in Honiara, Mr Fahey will be holding a workshop for Solo Icon contestants on song writing, marketing and promotion, in preparation for Sunday night's big event. Mr Fahey will be a guest judge at the Solo Icon Grand Final this Sunday, 15 August, at the Multipurpose Hall. Doors open at 4 pm.

Looking ahead to Sunday's Grand Final, Mr Fahey said "I have heard the competition keeps getting better and better every year. So I look forward to seeing what this year's contestants have to offer."

Mr Fahey's visit is supported by the Australian High Commission, which has been proud to work with the Ministry of Women, Youth and Children and Global Youth Leadership Nexus to support young aspiring Solomon Islands artists.