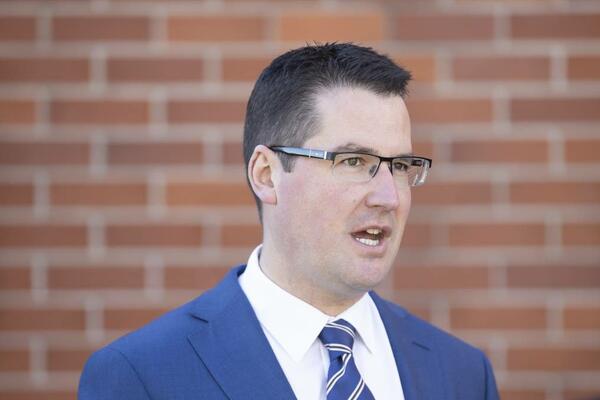 "Australia will continue to be a transparent and respectful partner," Seselja wrote on Twitter after arriving at Honiara's airport.
Source: The Canberra Times
Share
Wednesday, 13 April 2022 13:51 PM

An Australian government minister arrived in the Solomon Islands on Wednesday for talks on a proposed security agreement between the Pacific islands nation and China that Australia opposes.

Despite a national election campaign putting the Australian government in "caretaker" mode, when ministers traditionally avoid diplomatic engagement with international governments, Minister for International Development and the Pacific Zed Seselja landed in Honiara for two days of meetings with the support of Australia's main opposition Labor Party.

He said his two-day visit would "further strengthen Australia's relationship with Solomon Islands".

"Australia will continue to be a transparent and respectful partner," Seselja wrote on Twitter after arriving at Honiara's airport.

Officials from China and Solomon Islands have initialled but not yet signed a security pact that Australia, New Zealand, United States and some Pacific islands neighbours have criticised as undermining regional stability.

On Tuesday, a leaked memo surfaced on social media showing the Chinese government had told the Solomon Islands in December it wanted to send a security team of 10 Chinese police with weapons including a sniper rifle, machines guns and electrical listening devices to protect embassy staff in the wake of riots in Honiara in November. The memo was widely reported by Australian media.

The office of Solomon Island's Prime Minister Manasseh Sogavare said in a statement the memo was "nothing to be concerned about", while confirming these were "leaked documents containing official correspondences between the Solomon Islands Government and the Peoples Republic of China (PRC) Embassy in Honiara".

A separate leaked draft of a security pact with China last month showed it would allow Chinese police to protect companies and infrastructure, and allow naval vessels to replenish in Honiara.