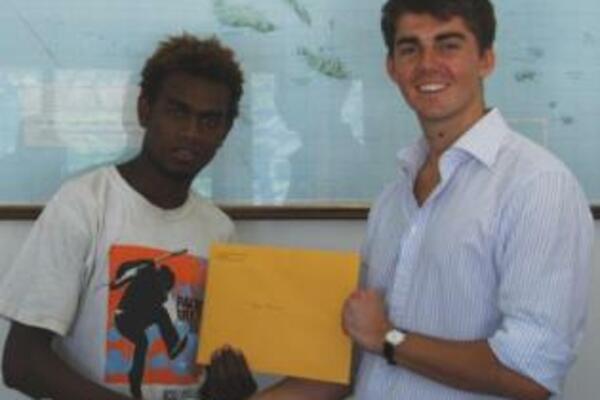 At a presentation at the Australian High Commission on Monday 8 October, Mr William Ewing presented Mr Pa'ahanua with his prize, which includes return flights to Australia provided by Solomon Airlines.

While in Australia, Mr Pa'ahanua will record his first album with Australian music producer Kelvin Fahey of Hardrush Music. He will also perform at the Canberra Country Music Festival on 13 November in front of large crowds.

He said Australian music fans were looking forward to hearing Josh perform in Canberra, and said all those who heard Josh sing during the Solo Icon competition would be eagerly awaiting the release of his first album.

The Australian Acting High Commissioner, Ms Alison Duncan, will farewell Mr Pa'ahanua at the airport when he leaves on Wednesday 10 November.