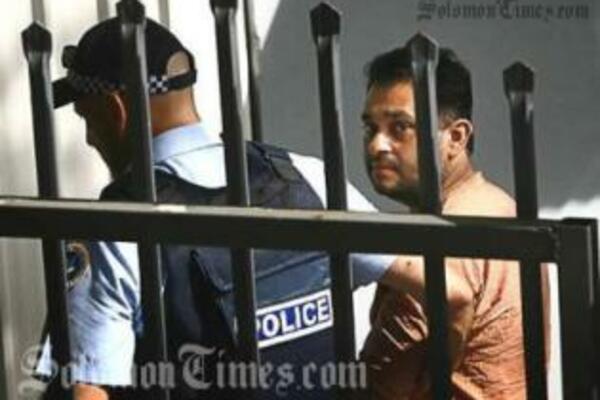 The former Solomon Islands attorney-general Julian Moti is calling on Australia to investigate how he came to be facing sex abuse charges which were tossed out last week by a Brisbane court.

The Australian citizen was arrested in December 2007 after arriving at Brisbane airport and charged with raping a 13-year-old girl in Noumea and Vanuatu in 1997.

But a Brisbane judge has now ordered all charges against Mr Moti be dropped.

The court found that the Australian Federal Police's payment of 134 thousand US dollars to the alleged victim and her family brought the justice system into disrepute.

He says Mr Moti is planning to claim compensation, but he's also calling on the ombudsman and the auditor general to investigate the case.

"The cost of the proceedings in addition to the payments made to the witnesses would have gone into millions of dollars and what Mr Moti says is that the government should really now look at it. It seems that those payments and expenses were made mainly for political reasons because the high commissioner from Australia in Sols wanted to stop Mr Moti to become attorney general of sols."

Roger De Robillard says it's unacceptable for Australia to get involved in matters of another sovereign nation.

"What Moti's case has done now is to expose what's been going on in the south pacific since at least 1995 that I have noted of, in other words Australia should really have no say in who's the attorney general of countries such as Solomon Islands. And it's improper for the Oz high commissioner to have admitted in cables that he's going to block Mr Moti's appointment."

"It was an unusual and complex investigation. The payment of witness subsistence payments generally is one legitimate process within a range of witness management strategies. The Australian Federal Police is however conducting an internal review in relation to the provision of witness expenses, the policy and guidelines that govern witness payments as well as the particular circumstances of this case."

Solomon Islands Correspondent, Dorothy Wickham, says that people are yet to react to Mr Moti's acquittal.

"There's not much notice that has been taken of this case, even though the media has covered it. Nobody has yet spoken out officially, I think the only person you would expect a reaction from is opposition leader, Manasseh Sogavare."

The then Prime Minister and current Opposition Leader, Manasseh Sogavare says he's not surprised by the ruling and he'd expected the court to reach this decision.