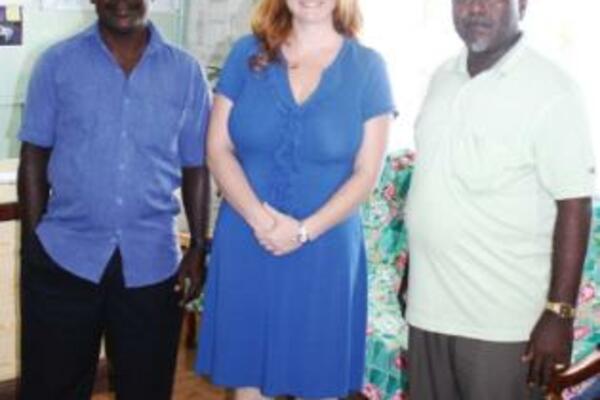 Premier Lilo thanked Ms Duncan for Australia's support, which he said made a big difference to the people of Western Province.
Source: Photo supplied
Share
Thursday, 24 March 2011 08:32 AM

Premier Lilo and Ms Duncan discussed the development challenges facing Western Province and the contribution of the Solomon Islands-Australia Partnership for Development in meeting those challenges.

Australia is providing around $400 million in development funding to Solomon Islands this year, with a focus on improving service delivery in health and education; improving infrastructure such as roads, telecommunications and energy; improving economic livelihoods and strengthening economic reform.

Premier Lilo thanked Ms Duncan for Australia's support, which he said made a big difference to the people of Western Province. He also appreciated Australia's contribution to RAMSI.