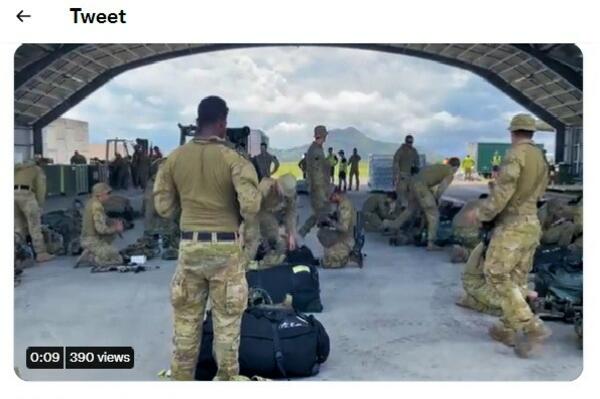 “It’s a hive of activity in Townsville as troops prepare to depart to the Solomon Islands as the south pacific nation continues into civil unrest," ABC Journalist, Kate Banville, said on Twitter this morning.

About 40 Australian Defence Force personnel and a navy ship are due to join Australian Federal Police officers later today in a peace-keeping role as local authorities struggle to control unrest in Honiara.

Australian police have already touched down in the Solomon Islands amid calls for calm and demands for the Prime Minister to resign after protests rocked Honiara for the second day in a row, leaving fires raging and smoke billowing above the city.

A formal request for help was sent by Manasseh Sogavare to his counterpart, Australian Prime Minister Scott Morrison. The request was made based on a bilateral security treaty signed in 2017 between the two countries.

Demonstrators from Malaita had travelled to the capital in a spill over of anger about a host of domestic issues including unrealised infrastructure promises, local media reported.

Prime Minister Manasseh Sogavare declared a lockdown on Wednesday after about 1000 people gathered in protest in the capital Honiara demanding his resignation over a host of domestic issues.

The protesters breached the national Parliament building and burned the thatched roof of a nearby building, the government said.