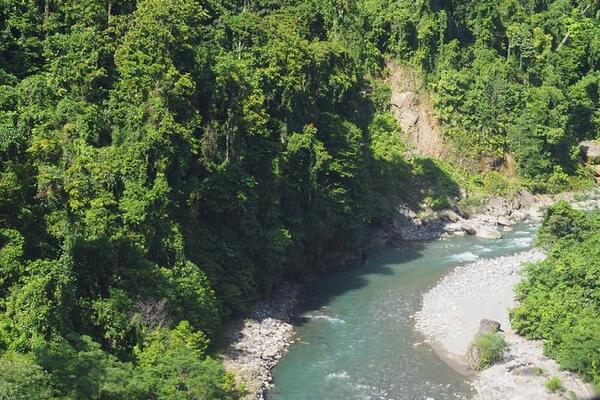 The Solomon Islands has secured finance to construct a new hydroelectric scheme with the support of Pacific island neighbors, that will help reduce the country’s reliance on imported diesel by almost 70 per cent.

The Solomon Island government has secured finance arrangements to build the Tina River Hydropower project that will see the construction of a new dam and reservoir, along with a 15MW hydroelectric generation system.

The project will reduce the Solomon Island’s emissions by around 50,000 tonnes a year, and would see the country meet its 2025 emissions reduction target more than twice over.

“This first public private partnership infrastructure project in Solomon Islands opens the door for more, which will support much needed development, offering Solomon Islanders a better standard of living and more opportunities.”

“The Tina River Hydropower Development Project is expected to create at least 440 jobs during the construction phase, which is also of benefit to the economy of Solomon Islands,” Dr Jaeil Ryoo, the CEO of Tina Hydropower Limited said.

“Private companies have the capital and expertise to help make large projects like this a reality. We look forward to starting construction soon.”

The total value of the project is set to reach US$200 million (A$290 million) and is being financed by a consortium of international development funds, that includes Australian AID, the New Zealand Foreign Aid, the International Finance Corporation and the Green Climate Fund.

“We are pleased to have supported the government of Solomon Islands by structuring a way to bring in the private sector to help the nation’s major shift from imported diesel to renewable energy,” the International Finance Corporation’s regional director Vivek Pathak said.

“With the support of Australia, New Zealand and the multi-donor facility, DevCo, the agreement now in place shows how governments and the private sector can work together on key infrastructure projects to help nations wanting cleaner, cheaper and more reliable energy for their people.”

The Australian Government has contributed $28.8 million to the project, which includes $10.4 million to support early-stage preparatory work for the project and an additional $18.4 million to fund the construction of access roads to the dam location and to support the establishment of Tina River Project Office.

In August, the Morrison government committed $500 million to support green infrastructure throughout the Pacific region, following criticism of Australia’s withdrawal of funding to the Green Climate Fund.

The funds have been drawn from Australia’s existing foreign aid budget and redirected from other programs.

Morrison had also attracted criticism for his engagement with national leaders at the Pacific Islands Forum earlier in the year, where the Australian delegation sought to water down language around climate change and blocked commitments to phase out coal.